Home / WORLD / Am I to be labelled a hate criminal now that there’s a new law against misogyny? If so, thousands of women will be in the dock too

Am I to be labelled a hate criminal now that there’s a new law against misogyny? If so, thousands of women will be in the dock too 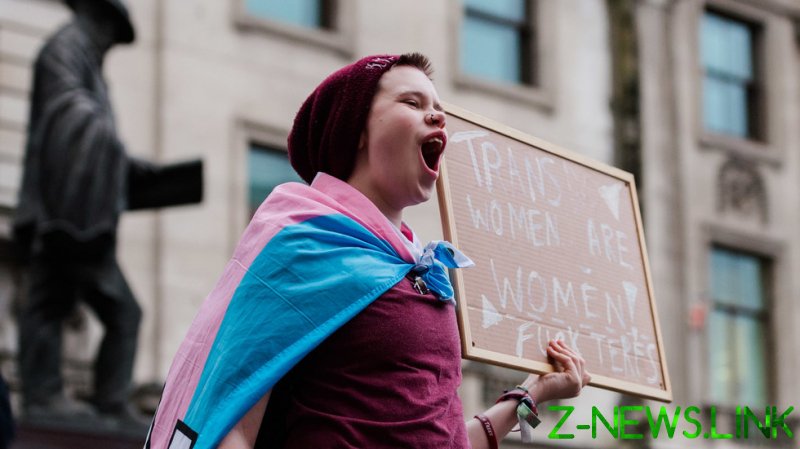 With international flights grounded and many hotels razed, the travel industry teeters on the brink of terminal decline.

Yet, despite this devastating consequence of Covid-19, I predict that Britain’s airports will soon be packed with people desperate to flee the country.

Not just holidaymakers embarking on last-minute deals, but grown men running away from the threat of prison now misogyny has been deemed a hate crime. I suppose – given that I wrote a best-selling book in 2014 called ‘Stand By Your Manhood’, which a few critics decried as “politically incorrect,” “having issues” with women, and “perfect for the incel” – I’d better make sure my passport is up to date.

“Misogyny will now be recorded as a hate crime – a HUGE victory for everyone involved in this campaign,” he tweeted. “It’s time for every Londoner to call out sexist and misogynistic attitudes wherever they are found – in the workplace, school, on the streets or public transport.”

Funny how this roll call didn’t mention London’s mosques, which often treat women as second-class citizens and require them to wear burqas, but I digress.

All of the usual suspects, including MPs who were silent when underage girls were being raped by British-Pakistani men in Rotherham, cheered on the development.

Thankfully, however, not everybody was so easily impressed. Outside of the Westminster bubble, people shared my dismay…

“As a woman, I’m entitled to say that this is one of the most ridiculous things I have ever heard,” said one sensible respondent. “How much more common sense is going to be sacrificed on the altar of woke?”

Another critic – also a woman – said: “I get the intention, but I just don’t see how it is at all possible to enforce this law. Doesn’t this also violate free speech?”

The answer to this question is, of course, a resounding yes.

In fact, free speech is the first casualty of hate crime law. Why? Because it changes the rules of the game. Now, not only do our actions have consequences, but words do, too.

And, given that hate crime legislation now ‘protects’ women (51% per cent of the UK population) alongside gay people, trans people, Muslims, Jews, the disabled and all BAME communities, it means the overwhelming majority of the country are now potential accusers with the power to convict. And that the majority of the accused will be from the other 49% – males.

Worse still, according to the Crown Prosecution Service, complainants don’t even need to prove that such a ‘crime’ took place. They simply need to have perceived it.

Total madness! Orwell called and wants his ideas back!

This is obviously bad news for men, who are the primary target of this virtue-signalling BS, but it’s no pool party for women either – after all, it turns out they can be misogynistic too.

As reported in the Guardian, a 2016 study by the think tank Demos found that half of all aggressive tweets using the words ‘slut’ and ‘whore’ came from women and girls.

Back in 2014, Isabella Sorley was jailed for 12 weeks at Westminster Magistrates’ Court for ‘abusing’ feminist campaigner Caroline Criado-Perez. Sorley, then 23, used Twitter to tell the activist to “f*** off and die you worthless piece of crap.”

Ergo, while hate crime laws might be designed to protect women, they might send them to jail in record numbers – which probably isn’t the progress Emily Davison had in mind when she jumped in front of the king’s horse.

Aren’t we supposed to be liberating women, rather than incarcerating them?

Furthermore, doesn’t this nanny state approach undermine the feminist mantra that women are strong and capable of looking after themselves?

Back in 1971, singer Helen Reddy scored a hit single with the song ‘I Am Woman (Hear Me Roar)’. But, if it were released today, it would be culturally irrelevant.

That famous roar has been replaced by a shrill squeak.

Meanwhile, for my fellow men, the temptation is to demand that hate crime laws also cover misandry, AKA the hatred of masculinity. But I disagree. Instead, I believe that all hate crime legislation should be repealed.

Freedom of speech – or, rather, the freedom to offend – is crucial for a liberal society.

It’s particularly important for journalists like me, who are duty-bound to speak the truth… even when it’s uncomfortable to hear.

Besides, do we really need more rules? Incitement to violence is already illegal in this country and protects everyone equally – irrespective of race, gender or sexuality.

That’s how justice should be: blind, rather than blind to reason.

Oh well, Britain’s long tradition of cherishing free speech may be withering on the vine of wokeness – but at least the travel and prison industries will prosper.