Home / WORLD / Alleged Texas school shooter parties at home after posting bail while victims remain hospitalized, including one in coma

Alleged Texas school shooter parties at home after posting bail while victims remain hospitalized, including one in coma 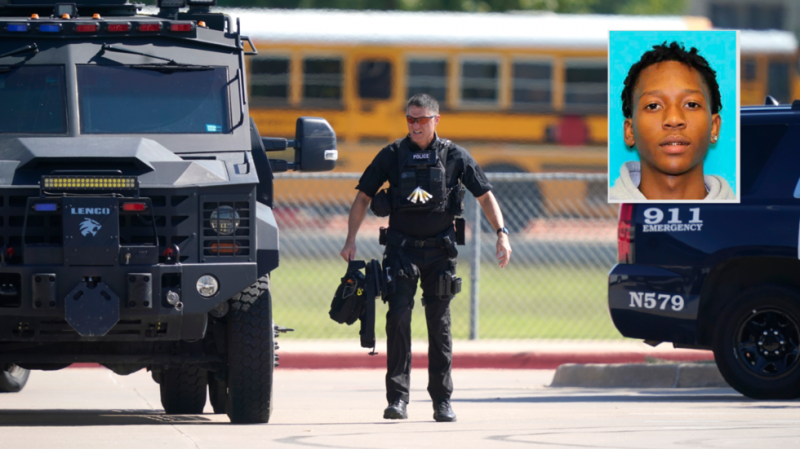 Timothy George Simpkins was restricted to home confinement and drug and alcohol testing under terms of his $75,000 bail, but that didn’t stop him from partying with family members after getting home from Tarrant County Jail on Thursday. Photos and a video clip from the party were even posted on social media.

“Where’s the remorse?” former NBCUniversal executive Mike Sington asked on Friday in a Twitter post. “Teenage Arlington, Texas, school shooter Timothy Simpkins parties at home with his family while his victims remain in the hospital.” And as Sington noted, the video was posted with smiling heart emojis and a mood caption saying, “He’s home that quick.”

During a fight with a 15-year-old student at Arlington’s Timberview High School on Thursday morning, he allegedly retrieved a gun from his backpack and shot that boy four times.

A female student was grazed by a bullet, and 25-year-old teacher Calvin Pettit was shot in the back, narrowly missing his aorta. A pregnant teacher was injured in a fall in the chaotic scene that resulted from the shooting. The 15-year-old is reportedly in critical condition at a hospital and is in a medically induced coma.

Family members said Simpkins was a bullying victim and was repeatedly beaten, threatened and robbed at Timberview. Kim T. Cole, a lawyer representing the family, urged media outlets to “correct their narrative” because the incident wasn’t a “standard-issue” school shooting. “This was not someone who was just out to go and shoot a school and had made up their mind, ‘you know, hey, I’m upset, and I’m just going to shoot anyone I see.’”

But posting party footage a day after three people were shot won’t likely help Simpkins win sympathy in the court of public opinion. “This man’s throwing a party?” one Twitter user asked. “How did Timothy George Simpkins get bail?”

Another observer tweeted that the party footage “made my blood boil,” adding, “I’m a retired educator who is friends with a Parkland victim’s parent. This makes me angrier than I can put into words.”

But some observers saw the welcome home party differently, suggesting that Simpkins’ family was rallying around him after he acted in self-defense. “I didn’t see the party you mention,” one commenter tweeted. “That’s a family surrounding a loved one in a difficult situation.”

Family members of the critically injured 15-year-old, Zacchaeus Selby, set up a GoFundMe page to help raise money for his medical expenses. His grandmother, Kathy Selby, bristled at Simpkins being portrayed as a victim, telling local NBC News affiliate KXAS-TV that “my grandson is the victim.”