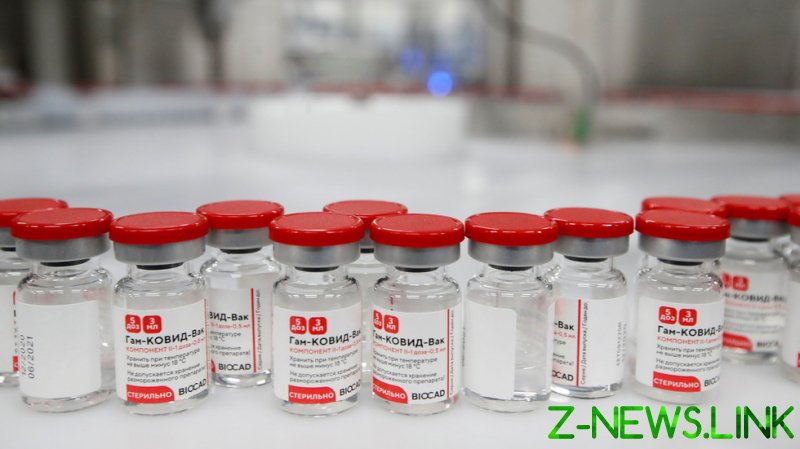 “Algeria’s health minister has confirmed that a contract was signed… for the purchase of a vaccine against coronavirus with a Russian laboratory,” said Communications Minister Ammar Belhimer on Wednesday, according to local media.

While Belhimer also suggested vaccine-related talks were ongoing with “other foreign parties,” he did not elaborate further.

Health Minister Abderrahmane Benbouzid stated earlier in December that authorities were still weighing their options in regard to immunizations and that a “final decision” had not been made, pointing out that there are hundreds of research initiatives ongoing worldwide. He nonetheless pledged to select from “the most advanced vaccines” while vowing the jab would be provided “free of charge for all categories of the population.”

The administration of Sputnik V is slated to start sometime in the coming weeks, Belhimer said, consistent with the January deadline set by President Abdelmadjid Tebboune earlier this month.

Wednesday’s announcement comes less than a day after Tebboune returned to Algeria from a two-month stay in Germany, where he received treatment for Covid-19 after contracting the illness himself. The 75-year-old statesman, reportedly a heavy smoker, was hospitalized in October with what the government later acknowledged was a coronavirus infection. Though Tebboune completed treatment in late November, he remained in the country to recover for several more weeks.

To date, Algeria has recorded just shy of 100,000 coronavirus infections and over 2,700 deaths, according to data compiled by Johns Hopkins University.

A continent away, Bolivian health officials also announced a deal for some 2.6 million doses of the Sputnik V jab on Wednesday, becoming the third Latin American state to secure the vaccine, behind Argentina and Venezuela. Belarus and Hungary have also received shipments, among dozens of nations that have expressed interest in the inoculation.

Sputnik V – known formally as Gam-Covid-Vac – became the world’s first registered vaccine for the coronavirus in August, showing some 95-percent effectiveness against the illness, according to Moscow’s Gamaleya Center, which developed the jab.

The Russian Federal Medical and Biological Agency unveiled another potential breakthrough on Wednesday, reporting progress in the first effective antiviral treatment for Covid-19. Other antiviral drugs, namely remdesivir, have shown less promising results for coronavirus patients, with the World Health Organization warning in November that there is little evidence that remdesivir improves recovery.