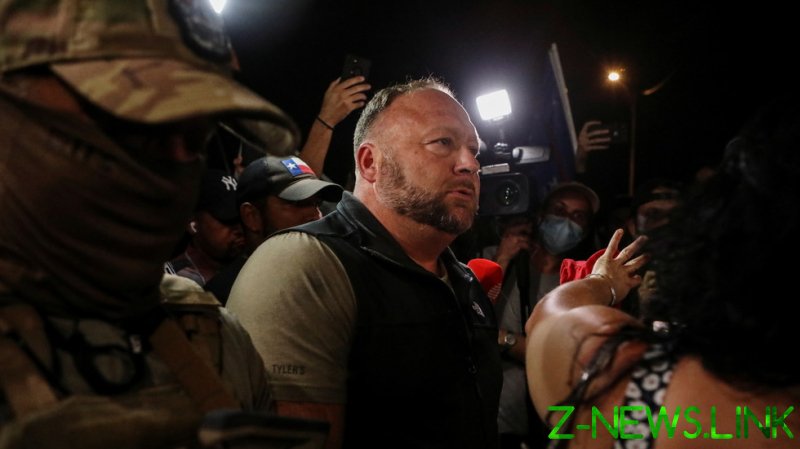 The FAA declared a no-fly zone for unmanned aircrafts systems (UAS) flying over the Del Rio International Bridge in South Texas. The department has said “special security reasons” are behind the decision, but critics have blasted the move as it appeared to come in response to numerous videos spreading across social media and causing outrage over the thousands of illegal immigrants gathered and huddled closely together under the bridge.

Del Rio Mayor Bruno Lozano has put the number of people gathered at over 10,000, and law enforcement officials have warned that thousands more are making their way to the same area.

Jones’ lawsuit lists his InfoWars as the plaintiff and Steve Dickson, the FAA administrator as the defendant. They have accused the agency of impeding on press freedoms by not allowing journalists to capture footage of what is happening.

“The United States government has grown to recognize the danger that UAS present in terms of limiting how the government might control the narrative of a crisis and exposing government falsehoods and/or malfeasance,” the lawsuit reads.

Because UAE systems are used so often by journalists and new agencies today, the complaint continues, the temporary flight restriction on one specific area is actually a violation of free speech rights and freedom of the press.

Mayor Lozano has called on President Joe Biden to address the issue at the border, while Republicans have been quick to use the crisis as another example of the administration falling short on border security.

“This manmade disaster was caused by Joe Biden,” Sen. Ted Cruz (R-Texas) said in a video message filmed in front of the Del Rio bridge.

Texas Gov. Greg Abbott has also placed blame on the president’s “sheer negligence” and called for six points of entry along the border to be closed to “stop these [migrant] caravans from overrunning our state.”

US Customs and Border Protection has said they are sending extra manpower to deal with the Del Rio situation and described the bridge as a “temporary staging site.”

“To prevent injuries from heat-related illness, the shaded area underneath Del Rio International Bridge is serving as a temporary staging site while migrants wait to be taken into USBP custody,” they said in a statement, adding that “water, towels, and portable toilets have been delivered for migrants to use while they await to be transported to a facility.”