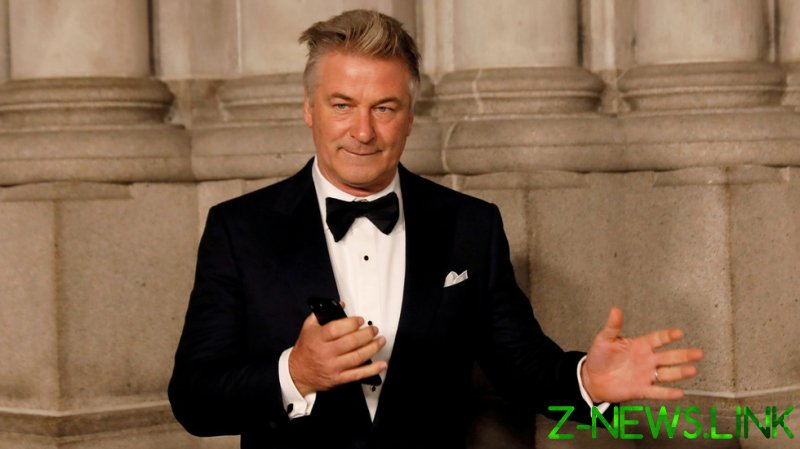 “Alec Baldwin intentionally, without just cause or excuse, cocked and fired the loaded gun even though the upcoming scene to be filmed did not call for the cocking and firing of the firearm,” script supervisor Mamie Mitchell said in a lawsuit filed on Wednesday in Los Angeles County Superior Court. “Mr. Baldwin chose to play Russian Roulette with a loaded gun without checking it and without having the armorer do so.”

The filing marks the second lawsuit against Baldwin and the producers of “Rust” since the October 21 shooting on the New Mexico set where the western was being filmed. Cinematographer Halyna Hutchins was killed, and director Joel Souza was injured when Baldwin fired an 1880s-era .45 Colt revolver after being told that the gun was “cold,” meaning it wasn’t loaded with real bullets.

“Alec Baldwin should have assumed that the gun in question was loaded unless and until it was demonstrated to him or checked by him that it was not loaded,” Mitchel claimed. “He had no right to rely upon some alleged statement by the assistant director that it was a ‘cold gun.’ Mr. Baldwin cannot hide behind the assistant director to attempt to excuse the fact that he did not check the gun himself.”

Mitchell’s lawsuit alleged that she suffered “extreme and severe emotional distress,” as well as “serious physical trauma and shock and injury to her nervous system and person.” She said that if the script had called for the gun to be fired, she and other crew members wouldn’t have been situated inside the church where Baldwin was practicing his quick-draw. Mitchell said that she was sitting less than four feet away from the actor when the gun was unexpectedly fired, creating a “shocking and deafening sound.”

The latest case reiterated allegations that there had been previous safety failures on the set, including one involving a prop master who accidentally shot herself in the foot. Mitchell accused Baldwin of failing to adhere to industry safety norms, including a requirement that the armorer hand the gun to the actor and demonstrate that it’s not loaded with live rounds. “Alec Baldwin knew that these were the safety protocols and chose to ignore them,” the lawsuit said.

Rather than securing all firearms throughout the production, as required, the armorer allowed guns and ammunition to be left unattended on a rolling court outside the church where the fatal shooting occurred, Mitchell alleged. In fact, crew members even used loaded guns for target practice on the set, according to the filing.

“The fact that live ammunition was allowed on a movie set, that guns and ammunition were left unattended, that the gun in question was handed to Mr. Baldwin by the assistant director, who had no business doing so, the fact that safety bulletins were not promulgated or ignored, coupled with the fact that the scene in question did not call for a gun to be fired at all, makes this a case where injury or death was much more than just a possibility,” the lawsuit said. “It was a likely result.”