Home / business / Airbus at the air show in Dubai received a record in its history, ordering

Airbus at the air show in Dubai received a record in its history, ordering 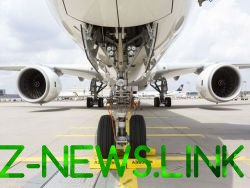 The European aircraft concern Airbus SE announced the conclusion of air show in Dubai agreements 430 aircraft on record in the history of the company worth about $49.5 billion euros.

Agreements signed with airlines, shares in which are owned by an American investment Fund Indigo Partners, reports “Interfax”.

According to representatives of Indigo Partners, as a result of the transactions fleet of Airbus aircraft owned by these companies will grow to more than 900 ships.