Home / WORLD / Ahead of next month’s eagerly awaited Putin/Biden summit, Kremlin warns ‘reset’ in US-Russian relations unlikely to be on cards

Ahead of next month’s eagerly awaited Putin/Biden summit, Kremlin warns ‘reset’ in US-Russian relations unlikely to be on cards 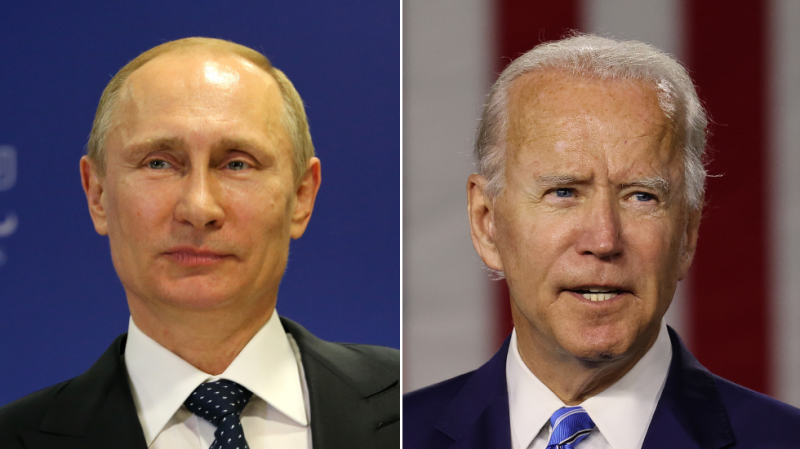 Speaking to reporters on Wednesday, Kremlin press secretary Dmitry Peskov cautioned that it would be better “not to indulge in any excessive expectations about the potential outcomes of this meeting.” He added, however, that the in-person meeting in Switzerland on June 16 would still be a “very important event in the context of a specific and applied plan,” even if it can’t be expected that “it will be possible to reach an understanding on issues of deep disagreement.”

The official went on to say that “we aren’t thinking in terms of a reset here,” referencing the term widely used to describe a thaw in relations between the US and Russia after then-President Dmitry Medvedev met with Biden’s predecessor, Barack Obama, in 2009. Shortly afterwards, the two nations announced a reduction in strategic arms and a shared position on the contentious issues of the Iranian and North Korean nuclear programs.

“Our experiences from trying to arrange resets in the past hasn’t been the best,” Peskov said. “And it is obvious that the negativity that has built up in our bilateral relations will be hard to shake off.” He added that there were no plans to sign documents or memorandums of understanding at the summit.

Last week, Peskov said that Putin wouldn’t dwell on the personal spat that emerged between the two leaders after Biden was asked whether he believed his Russian counterpart to be a “killer” in an interview with the ABC news channel. “Mmm hmm, I do,” the US President replied. While this caused a furious response among politicians in Moscow, the Kremlin was eager to reiterate that it would not overshadow the prospects of the summit.

Biden put the idea of a meeting to Putin during a call against a backdrop of growing tensions in April. According to the US president, a meeting would help the two sides to “discuss the full range of issues facing the US and Russia.” He set out his goal of achieving “a stable and predictable relationship with Russia, consistent with US interests.”

The month before, Peskov said that Putin would refuse to allow “America to speak with Russia from a position of strength,” rather than one of mutual respect and consideration.