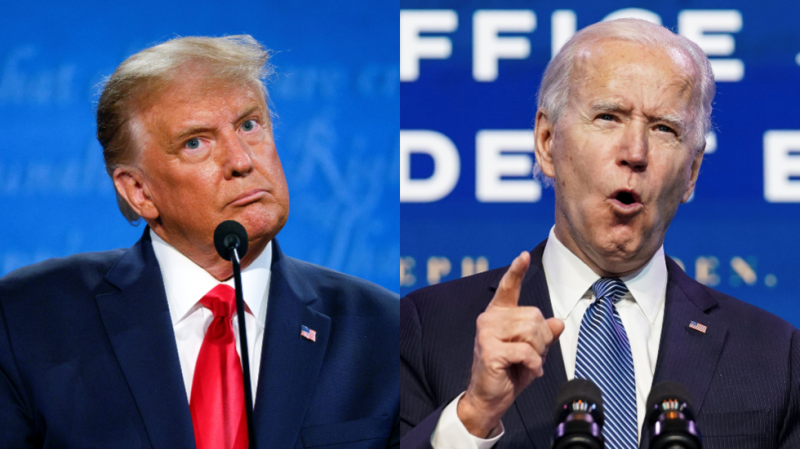 Fresh from declaring his support for a “smooth, orderly and seamless transition of power,” Trump announced via Twitter on Friday that he will not be present at the actual handover to his successor in Washington DC, on January 20.

“To all of those who have asked, I will not be going to the Inauguration on January 20,” he tweeted.

Trump’s decision was not an altogether surprising one. The president has maintained since November that Biden won a “rigged election,” and that the Democrat’s victory in key swing states was achieved through a combination of “unconstitutional” court decisions allowing illegal ballots to be counted, late night “dumps” of ballots for Biden, and computer “glitches.” His legal team’s arguments were rejected by state and federal courts, and evidence of this alleged fraud remains anecdotal.

Pence is widely expected to attend Biden’s inauguration in Trump’s stead, though he has not released an official statement on his plans.

Rather than waiting until January 20, Democrats have urged Trump’s cabinet to use the 25th Amendment to remove him from office, on grounds of unfitness to lead. Democratic members of Congress have also drawn up articles of impeachment against the president, a move that has earned some support from Republicans.

The moves come after a crowd of the outgoing president’s supporters forced their way into the US Capitol on Wednesday following a speech from Trump in which he called on lawmakers inside to reject Biden’s electoral victory.

The president encouraged the protesters to “peacefully and patriotically” demonstrate outside the Capitol, but a large contingent from the ‘Stop the Steal’ rally forced their way in and set about vandalizing offices and clashing with police. An unarmed Trump supporter was shot dead by police inside the building, while one officer was fatally injured by the rioters. Three other people died of “medical emergencies.”

Trump was widely condemned for rallying the protesters. As lawmakers, journalists and commentators called for his removal from office, Trump was banned by multiple social media platforms, only to reemerge on Twitter on Thursday night with a call for calm and the prosecution of rioters.