Home / WORLD / ‘After 900 nuclear tests on our land, US wants to ethnically cleanse us’: meet the most bombed nation in the world

‘After 900 nuclear tests on our land, US wants to ethnically cleanse us’: meet the most bombed nation in the world 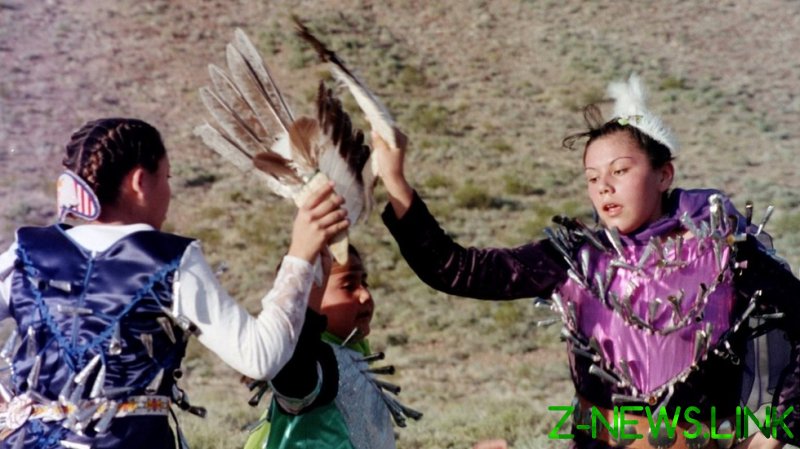 ‘The most nuclear bombed nation on the planet’ is the unwanted accolade claimed by the Shoshone Native American tribe. This has had devastating effects for the community, and RT spoke to one campaigner fighting for justice.

“They are occupying our country, they are stealing our opportunities and we are expected to die because of that. We are still trying to grapple with and understand what happened to us, and find ways to stop it, correct it and prevent it happening in the future.”

Ian Zabarte’s voice is angry but does not falter as he describes the stark fate of his people, Native Americans who have – by anyone’s estimation – been subjected to the most unimaginable horrors for decades, all perpetrated by their government in Washington.

Zabarte, 57, is the Principal Man of the Western Bands of the Shoshone Nation and he is spearheading a campaign to expose what he describes as the “ethnic cleansing” of his tribe.

Shoshone land stretches from Death Valley in the Mojave Desert in eastern California to Yellowstone Park in Wyoming. But in 1951, the US started nuclear weapon testing on Western Shoshone territory at the Nevada Proving Grounds (now known as the Nevada National Security Site). The Shoshone can now lay claim to be the most nuclear bombed nation on the planet.

Over a period of just over 40 years, there were 928 tests conducted there – around 100 in the atmosphere and more than 800 underground – resulting in nuclear fallout of around 620 kilotons, according to a 2009 study. In comparison, there were 13 kilotons of fallout when Hiroshima was bombed in 1945.

This obviously is a massive health risk and Zabarte, who lives in Las Vegas but runs a healing centre at Death Valley, is understandably angry. Although he’s engaging and friendly, a sense of rage regularly creeps into his voice as he becomes more animated about the injustices his people have endured. But he never lapses into self-pity; there’s always a steely aura of defiance.

The Shoshone signed the Treaty of Ruby Valley in 1863, which handed certain rights to the United States. But they did not give up their land. “We wouldn’t have signed a treaty that would end in our ultimate destruction,” Zabarte told RT.

According to the tribe, the testing programme has killed thousands of people and many have developed a range of cancers and illnesses.

Zabarte’s grandfather’s skin fell off due to an autoimmune deficiency, and he died soon after from a heart attack. Other family members have had pacemakers fitted at very young ages, while his cousin’s twins died aged 11.

“My family have a high incidence of thyroid cancer, but we’re not following those individuals – we don’t have the capacity,” he explained.

“The United States doesn’t want to study our own adverse health consequences. [It] would be no different to Nazi Germany studying the health consequences of their testing on Jewish people. That is so far from right. We have to do it ourselves and we need help.”

The Shoshone have no medical equipment or computer databases to track their people. So deaths from suspicious conditions are generally not recorded. In addition, the Shoshone are, by tradition, proud people, so not all of them speak out about their health issues.

Although the nuclear testing went underground in 1962, even that wasn’t safe. 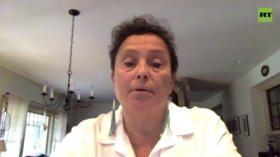 As Zabarte explained, “Even though it went underground, venting took place and we don’t know where that fallout went.”

That’s borne out by the Mighty Oak incident, a botched test that destroyed $32 million of equipment in April 1986. It was weeks before Chernobyl and experts claim the US government vented the radiation under the cover that everyone would assume it was from the Soviet catastrophe.

“The Department of Energy doesn’t consider that an accident because they manually released the gas inside the underground chamber where the weapon detonated. It went around the world and beat the Chernobyl radiation back to the United States,” Zabarte claimed.

Of course, the US is not the only country to have conducted nuclear testing. The United Kingdom also used Western Shoshone land, in 24 tests that were joint operations with the US.France completed 210 nuclear tests in Algeria and the South Pacific from 1960 to 1996. And the Soviet Union used the Semipalatinsk site in Kazakhstan until 1989 to perform its testing.

But even to this day, lots of secret activities continue on Shoshone land, as proven by JANET flights regularly flying from Las Vegas to the classified Area 51. (The call sign stands for Just Another Non-Existent Terminal).

There’s also the contentious issue of the Yucca Mountain Nuclear Waste Repository, first planned in 1987 and later approved by the Obama administration, which the Shoshone have stalled. It’s intended to store high-level radioactive waste.

Zabarte has a US Department of Energy study for the project which he says refers to “cultural triage” defined as “a forced choice situation in which an ethnic group is faced with the decision to rank in importance equally valued cultural resources that could be affected by a proposed development project.”

It goes on to state that this triage could be “emotionally taxing for the Indian person.” The United Nations backed these claims in a 2006 report, and Zabarte believes they perfectly encapsulate the problems faced by his people.

“We have a deliberate act by the United States government to dismantle the living life ways of my people, my family, in relation to our property, our sacred land.

“The United States has developed a systematic process to ethnically cleanse us from that land, so that they take all the profits and give them to other Americans,” he said. “In order to prove genocide we need to consider, what is the intent? It is the culture of secrecy, that is the intent.”

A prime example of how the Shoshone’s life has been eradicated came in 1971 with the Wild Free-Roaming Horses Act. As Zabarte explained: “Politicians in Washington DC defined our Indian horses as wild and started coming after our ranchers, who have a guaranteed right as hunters or herdsmen under the treaty to have livestock.

“The United States Bureau of Land Management determined our horses, our cows, our livestock were destroying the land. But the land was destroyed by nuclear weapons testing fallout and the United States government blamed the Shoshone people.” 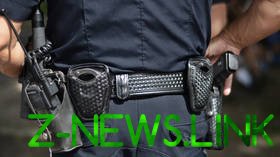 There is no economy or sustainable lifestyle, and the nearest town is 80 miles away. “I have nothing on my reservation to go back to,” said Zabarte, who can trace his direct descendants to the Kawich region, which houses Area 51. “They stole my horses, they stole my livelihood. There are no jobs, there are no opportunities; the United States has stolen our economy, our hunting, our fishing… and made us trespassers in our own country.”

But the reservation only makes up a tiny part of the entire Shoshone land. The rest is used by the American government and population, sometimes unwittingly. People are buying houses and living on land that the Shoshone feel they should control – but all tax from economic activity goes to the US. The Shoshone have no claim over it.

“The United States cannot prove ownership to it but they come into our country and they provide tax money to the state of Nevada, and the state of Nevada takes that money and provides it to every other non-Shoshone unit of local government, and we get nothing. That is taxation without representation,” Zabarte said.

Despite the obvious sense of injustice, he feels an obligation to warn Americans who live in or go through the Shoshone nation of the danger it presents.

“My grandfather always said, ‘don’t kick up dust’ because of the radioactive fallout. I care for these people because of that treaty of peace and friendship, and have an obligation to provide aid and comfort to other Americans passing through. But I watch them kick up dust in their off-road vehicles and they are quite likely exposing themselves. There is plutonium in a lot of the roofs of their houses, too.”

The key for Zabarte is awareness. The more people know the history of the land and understand the issue, there is greater chance of meaningful action. That could involve providing medical surveillance and advising the next generation how to protect themselves.

Zabarte is also keen to build momentum so the Shoshone, including his own son, can have access to all of their land and create a functioning economy that fits with their traditions.

“We need to continue to make our people aware the next generation don’t have a safe place to live; we have these tiny reservations and they are colonies created by the United States. They exist only to the extent that the United States provides the funding. We don’t have ways to survive on our own land.”

He is a man on a mission and has sacrificed his life to shoulder this burden. “I have dignity and my family has dignity and that’s what I’m fighting for. These a**holes aren’t going to get away with it.”

Chris Sweeney is an author and columnist who has written for newspapers such as The Times, Daily Express, The Sun and the Daily Record, along with several international-selling magazines. Follow him on Twitter @Writes_Sweeney

Chris Sweeney is an author and columnist who has written for newspapers such as The Times, Daily Express, The Sun and the Daily Record, along with several international-selling magazines. Follow him on Twitter @Writes_Sweeney