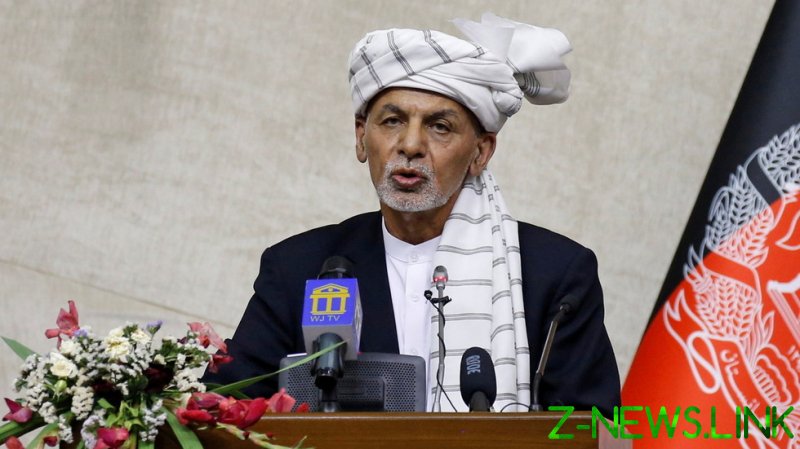 “I understand that you are worried about your future, I assure you as your president that I will concentrate on preventing expansion of instability, violence and displacement of my people,” Ghani told the people in a brief, pre-recorded address on Saturday.

The president, who has mostly remained silent amid a large-scale offensive by Taliban that saw the radical group capturing around 60% of the country’s territory in a matter of weeks, said that he had “held extensive consultations with everyone within the government and international partners… Consultations are ongoing and the results will be shared soon.”

“Re-integration of the security and defense forces is our priority, and serious measures are being taken in this regard,” he promised.

The Taliban’s rapid gains have coincided with the withdrawal of the US and NATO forces from the country, scheduled to be completed by August 31.

During the address, Ghani, who has been in office since 2014, showed no sign of giving in to the demands of the Taliban. The group insists that he must quit for any ceasefire talks to begin.

Earlier media reports cited sources who claimed that the president could well announce his resignation during Saturday’s address and flee to a “third country” with his family.

After establishing control of Logar province on Friday, Taliban forces are now just 50 kilometers away from Kabul. An unnamed Logar provincial council member has told Reuters that the militants didn’t face a lot of resistance from the security forces as they advanced.

Western countries reacted to the development by rushing to evacuate their embassy staff from the city. Residents of Kabul, who cannot flee, told RT’s Ruptly video agency that they had serious doubts about the capabilities of the Afghan security forces, and feared that the capital may fall.