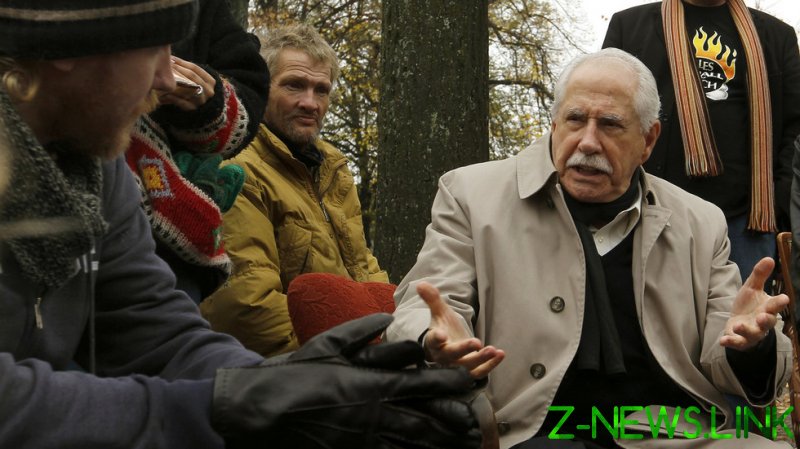 Gravel died at his home in Seaside, California, on Saturday. According to an AP report, he had been in poor health for some time beforehand.

Gravel, who served in the Senate from 1968 until 1981, persistently opposed the US’ foreign military adventures. In 1971 he launched a one-man filibuster to read into the public record more than 4,000 pages of the so-called ‘Pentagon Papers’ – leaked Defense Department documents that revealed how the US secretly expanded the scope of the Vietnam War, and lied about Vietnamese ships firing first during the ‘Gulf of Tonkin’ incident.

Though representing Alaska as a Democrat, Gravel later broke with the party during a run for the presidency in 2008, after he took to the debate stage a year earlier to accuse Barack Obama and Joe Biden of being warmongers, keen to use nuclear weapons against Iran.

Gravel’s passing was lamented by anti-war politicians and commenters, some of whom referenced his fiery performance in the 2007 debate.

Gravel then switched to the Libertarian Party, telling his supporters that the Democratic Party “is a party that continues to sustain war, the military-industrial complex and imperialism – all of which I find anathema to my views.”

Gravel ran again as a Democrat in 2020, aiming to bring the issues of war and military spending to the table once more. When he failed to qualify for the debates, he dropped out and endorsed Sen. Bernie Sanders instead. He “was dedicated to ending forever wars and bringing more Americans into the political process,” Sanders tweeted on Sunday. “His courage will be deeply missed. Our thoughts are with his loved ones.”

Gravel is survived by his wife Whitney, and two children, Martin Anthony and Lynne Denise, from his first marriage to Rita Martin.