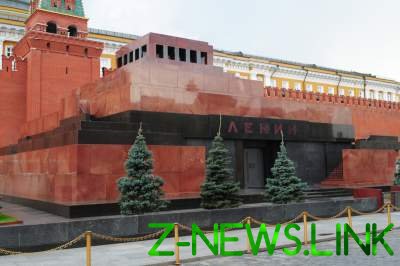 The Network embraced the idea with enthusiasm.

Russian artist Vasily Slonov offers up to 100 anniversary of the October revolution to decorate the Lenin mausoleum in Moscow pink g-string. His proposal, the artist stated in an open letter to the mayor of the Russian capital Sergey Sobyanin and the Moscow officials.

Conceptual photos and the text of the letter the artist has published on his page in “Facebook”.

A letter to Vasily Slonov named “the MAUSOLEUM.100 years that shook the world!” He proposes to immediately implement an artistic project, because, in his opinion, it will be the best celebration of 100 years of existence of the Soviet people.

“The Lenin mausoleum is not that other, as the epicenter of the Black hole of Russian history. Lenin’s mausoleum – a barren metaphysical vagina that continues inexorably to suck our good thoughts, hopes and prayers … Lenin’s Body – as the mummified tampon prematurely stuck between floors and absorb the creative energy and obscures our path to a brighter future! “- wrote in his address to the mayor of Moscow artist.

See also:  Russian teenagers have forbidden to sing the songs of Tsoi and 5'nizza

The proposed project calls Elephants a continuation of “the best traditions of Russian art of the avant-garde of the last century that safely and effectively decorated the streets and squares of revolutionary cities.”

“The meaning and messianism of the project is at the beginning of demodification the minds of the Russian people and the release of creative energies for the final stretch in the civilizational super marathon”, – said the artist. 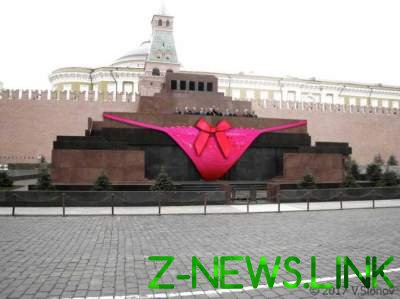