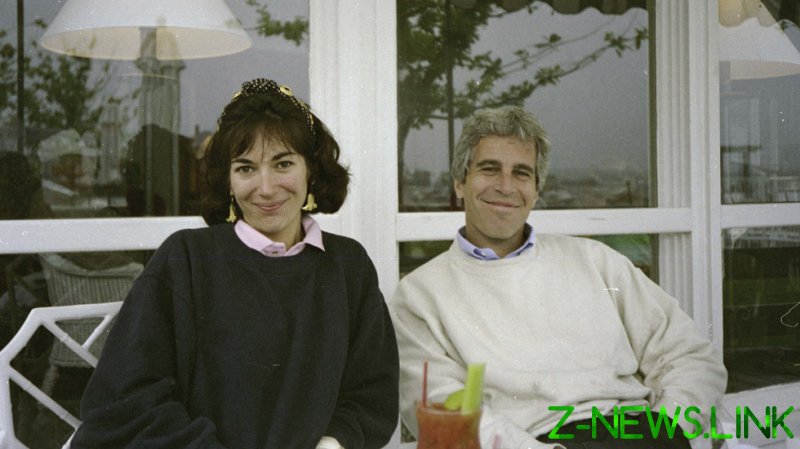 Say what you like about the ‘old’ British Establishment, but the concept of ‘honour’ did mean people falling on their sword when they were in danger of bringing disgrace and disrepute to their country, their regiment or their family. You could argue that the Duke of York, aka Prince Andrew, has done all three, yet instead of voluntarily relinquishing his  honorary military roles, his royal patronages and his ‘Royal Highness’ title, he has had to have them stripped from him by Buckingham Palace.

The Queen’s son, it has to be stressed, denies the sexual assault allegations that have been made against him and which will be the subject of a forthcoming civil case in the US. But what on Earth was he doing having any association whatsoever with the creepy millionaire financier and accused sex-trafficker Jeffrey Epstein (later a convicted sex offender), and his ghastly procurer, Ghislaine Maxwell, who was recently convicted of child sex trafficking?

Andrew’s accuser Virginia Giuffre claims she was forced to have sexual intercourse three times with the Royal personage – the first time at Maxwell’s house and the next two occasions at Epstein properties. Again, one must repeat, Andrew denies all this happened. But he must be incredibly insensitive (some would say stupid), if he doesn’t realise the enormous harm the allegations and his association, however we define it, with Epstein and Maxwell has caused to the British Monarchy and to the regiments whose honorary titles he held.

Lieutenant Stuart Hunt of The 1st Royal Tank Regiment, I think summed up things perfectly – and probably spoke for many in the upper echelons of the Army: “Whether [Andrew] is guilty or not, he has brought things into disrepute. A better man would have stood down whether innocent or guilty for the sake of the organisation. It’s repugnant, really.”

What was to stop Andrew stepping down – to fight his law case – and then if his name was cleared accepting the return of his military titles? Surely this would have been the right thing to do? That wouldn’t have been an admission of guilt but an acknowledgement of the great embarrassment he has been causing to those he is supposed to serve.

But Andrew waited until the Crown simply had to act. ‘The Grand Old Duke of York’? Hardly.

The question now is: where does all this leave the Monarchy? There really is no ‘winning‘ scenario for Buck House.

If the case gets to trial and Andrew loses then what a story that would be. But even were he to win– think of the dirty Royal linen that will have to be washed in public. It might be very tempting for Andrew to settle out of court to avoid cross-examination but just imagine the way that would be presented by the media.

Writing for this website, my fellow OpEd columnist Paul Nuttall argued that the institution of Monarchy could be in pretty serious trouble, going forward in an age of social media and 24-hour news. The Queen, after all, is 96 in April, and after she goes? Prince Charles inspires nowhere near the same level of affection or devotion. One could say that if a Kate Middleton didn’t exist, she’d have to be invented.

My hunch as a journalist who has written about Royalty for many years is that the Monarchy will survive the Duke of York scandal, and the Queen’s sad but inevitable demise, but it’ll evolve into a much-slimmed down version. Britain is still probably some way off becoming a republic. Very rocky times lie ahead but don’t underestimate the Monarchy’s ability to adapt in order to survive.

Meanwhile, one must not forget to focus on the even bigger picture surrounding the Epstein-Maxwell case and the questions that remain unanswered. Did  Epstein and Maxwell do what they did just for their own benefit or were they working for someone/something else? In 2019 James B. Stewart penned a very revealing article in the New York Times entitled ‘The Day Jeffrey Epstein told me he had dirt on powerful people.’

If this was, as some have contended, some sort of  hidden-camera ‘Kompromat’ operation, who was ultimately responsible?

We learned this week that Ghislaine Maxwell will no longer be fighting to keep secret the names of eight “John Does” from Virginia Giuffre’s lawsuit against her. A lot of mega-wealthy, powerful people visited Epstein’s island and, although  that doesn’t mean they were necessarily guilty of any criminal offences, there are plenty more explanations we need to have, and not just from Prince Andrew.