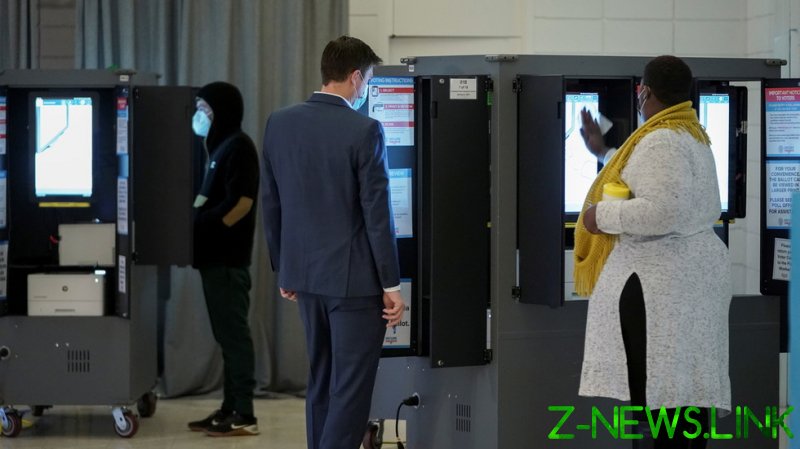 In a Friday statement written by editor and publisher Thomas Lifson, American Thinker admitted their stories on conspiracy theories surrounding Dominion machines being rigged in Joe Biden’s favor were based on “discredited sources who have peddled debunked theories about Dominion’s supposed ties to Venezuela, fraud on Dominion’s machines that resulted in massive vote switching or weighted votes, and other claims falsely stating that there is credible evidence that Dominion acted fraudulently.”

Lifson called the statements “completely false” and added that “Industry experts and public officials alike have confirmed that Dominion conducted itself appropriately.”

The company went on to apologize for any “harm” their stories caused the company and their employees.

“We also apologize to our readers for abandoning 9 journalistic principles and misrepresenting Dominion’s track record and its limited role in tabulating votes for the November 2020 election. We regret this grave error,” they added.

On the same day as the apology, the conservative blog also shut down its comment section, but provided no solid reason as to why.

Pieces published by American Thinker presented theories that the machines deleted pro-Trump votes and that it was tied to outside foreign and political groups, common theories that have been pushed by President Trump, his legal team, and supporters.

Dominion has taken more aggressive action recently against accusations against them, even suing Trump lawyer Sidney Powell for defamation to the tune of $1.3 billion.

The company’s legal team has also targeted other right-wing media, warning Fox News recently that action is “imminent” in response to numerous statements made on the network by anchors and guests like Trump counsel Rudy Giuliani. They also sent letters to individual anchors for Fox and Newsmax demanding they “cease and desist” making defamatory statements about the company and its alleged role in rigging the presidential election, an act they say has no proof to back it up.