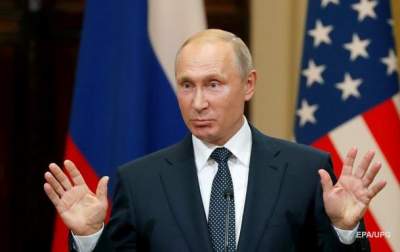 Elkin made fun of a possible visit by the President of the Russian Federation in Washington.

Internet users were amused by the caricature of the famous Russian artist Sergey Elkina about a possible visit of the President of Russia Vladimir Putin in Washington (USA).

“Putin goes to Washington?” says in the caption to the cartoon.

So, the picture shows Putin, who first gives the order “On Washington!”, and then change the order to “Stand down missiles! I will go there”.

“Will not fly. Walk through Alaska”, “the Nose keeps growing and growing,” “could, riding on the rocket”, “to combine, to send on a rocket”, “unpredictable trajectory,” “And who knows what destructive for America” – written on the Internet.

It is worth noting that earlier the press Secretary of the President of the United States Donald trump Sarah Sanders on Twitter announced that he invited Russian counterpart Vladimir Putin in Washington.

See also:  The network won the alligator swept on an inflatable mattress

“In Helsinki the President (Donald trump – ed.) agreed about the current dialogue between two members of the security Council. President trump asked John Bolton (national security Advisor to U.S. President – ed.) to invite President Putin to Washington in the fall, and these discussions are already under way”, – she wrote. 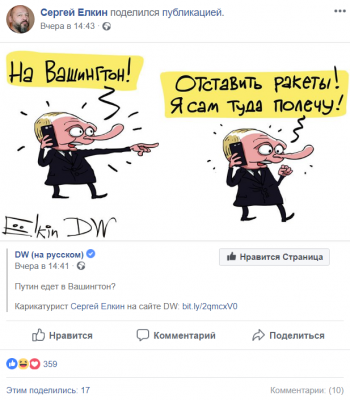