Home / WORLD / A Few Good Them: Woke Canadian judge says lawyers and their clients must state their pronouns when introduced to the court

A Few Good Them: Woke Canadian judge says lawyers and their clients must state their pronouns when introduced to the court 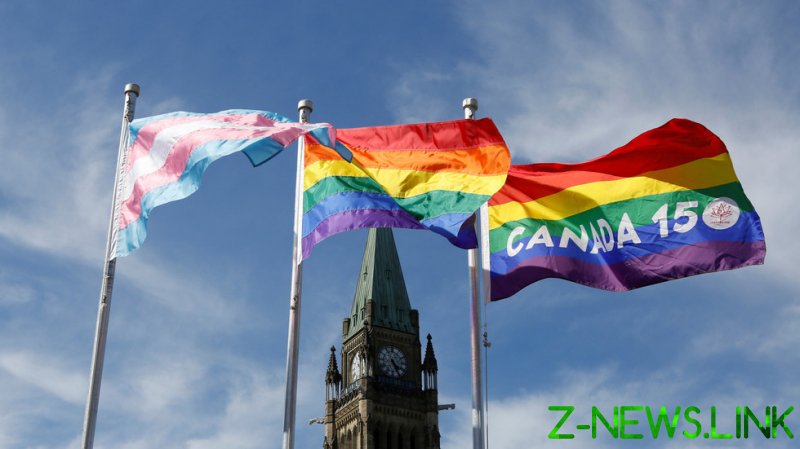 The Provincial Court of British Columbia hears 95 percent of all criminal cases in the Canadian province. Murderers, rapists, petty criminals, and parking offenders all have their day before its judges, with the most serious cases kicked upward to the Supreme Court of Canada.

Chief Judge Melissa Gillespie, however, is apparently tired of seeing defendants misgendered. In a notice circulated on Wednesday, Gillespie ordered all lawyers coming before her court to introduce themselves, their clients, witnesses, and other individuals by name, title, “and pronouns to be used in the proceeding.”

As for what kind of titles the courts will accept, lawyers can choose the traditional “Mr.” and “Ms.,” or the gender-neutral “Mx.” The latter is already a legally recognized title in the UK, and is pronounced “mix” or “mux,” according to Vogue magazine. Presumably, Gillespie’s court will recognize “Mixter,” which is the long-form version of the title, the BBC tells us.

According to a statement on the court’s website, when lawyer Jane Lee is representing Joe Carter in court, her introduction will go something like this: “My name is Ms. Jane Lee, spelled L-E-E. I use she/her pronouns. I am the lawyer for Mx. Joe Carter who uses they/them pronouns.”

The move is aimed at improving “experiences within the legal system for gender diverse parties and lawyers,” the statement continued. “Using incorrect gendered language for a party or lawyer in court can cause uncomfortable tension and distract them from the proceedings that all participants should be free to concentrate on.”

“Uncomfortable tension.” Because criminal trials are usually so comfortable and chill.

“Judge Gillespie, my client may have butchered those orphans, but xe is literally shaking after the defense’s blatant misgendering.”

Joking aside, anyone who refuses to go along with the new rules will presumably be held in contempt of court. In British Columbia, judges can punish contempt at their discretion and have historically imposed fines of between $1,000 (CAD) and $1,500 (CAD), or jail sentences of 45 days. Just imagine the conversation when a recalcitrant lawyer gets thrown in the clink.

“I successfully prosecuted a double homicide, but I didn’t call the defendant by xis proper pronouns.”

It’s easy to make fun of these rules, which are right up there with the zany pronoun policies one might find at a Democratic Socialists of America conference, or on a liberal college campus. But this is a court of law in an apparently serious country whose government calls its justice system “among the best in the world.”

When ‘woke’ culture first emerged on campuses around a decade ago, conservatives snorted in derision. “Wait until these snowflakes reach the real world,” they mocked. “Then they’ll see how far their genderfluid this and non-binary that get them!”

Well, the social justice crowd left the campus, entered the real world, and kept crowing about how misgendering is an act of violence, and the legal system is now on their side. And it’s not just Canada codifying the commandments of the woke. In certain cases in the state of California, misgendering a transgender person can carry a stiffer criminal penalty than knowingly infecting a person with HIV. Proposed changes to hate crime legislation in the UK would make misgendering a person a criminal offense, and some Brits have already been investigated by police for their anti-trans comments on social media.

So let’s have a good laugh at Canada’s kooky courts, but remember, pretty soon it could be you sitting in the dock, listening to those fateful words:

“My name is Ms. Jane Lee, spelled L-E-E. I use she/her pronouns. I am the lawyer for Mixter Graham Dockery, who uses xe/xir pronouns.”