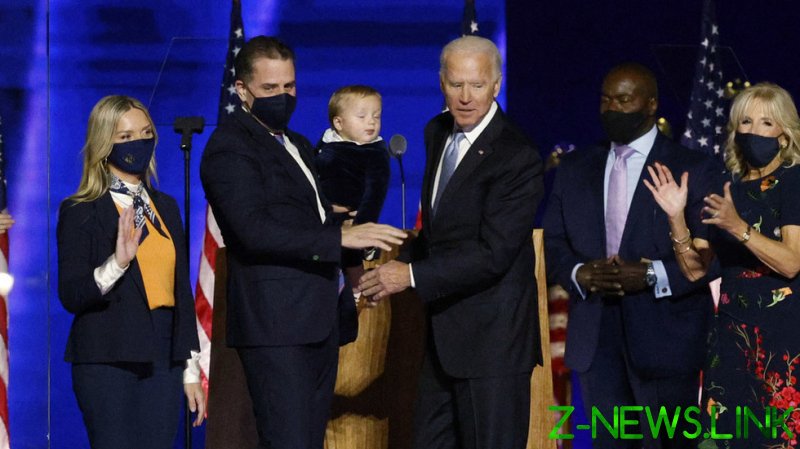 Hunter Biden is currently under investigation by the Justice Department for his business dealings in China, deals in which he purportedly sought tens of millions of dollars for “introductions alone,” with 10 percent of one venture kicked up to “the big guy,” an apparent reference to incoming president Joe Biden.

Joe Biden denies any involvement in his son’s business affairs, but new text messages obtained by Fox News show that Hunter’s associates – Tony Bobulinski and Andrew Gilliar  – appear to have at least tried to bring the former vice president into a joint venture with Shanghai-based CEFC China Energy Co, thinking that his name would lend them clout in China.

“Man U are right let’s get the company set up, then tell H and family the high stakes and get Joe involved,” Gilliar wrote to Bobulinski in May 2017.

At the time, previously released emails showed that Hunter was in the process of setting up a company with Ye Jianming, CEFC’s chairman. Hunter stood to own 20 percent of the firm’s equity, with 10 percent reserved for “the big guy.” The firm, Sinohawk Holdings, never materialized.

Bobulinski and Gilliar also talked about bringing in Jim Biden, Joe’s brother and Hunter’s uncle. Gilliar explained the rationale behind involving Jim, telling Bobulinski it “could be good to have a back up, he strengthens our USP to Chinese as it looks like a truly family business, and I like the dude.”

Per a Politico report earlier this month, a healthcare company involved with Jim Biden, the president-elect’s brother, is also under federal investigation for alleged mismanagement. “Jim” was also mentioned as holding 10 percent equity in the Sinohawk deal along with “the big guy,” but it is still not entirely clear if this was a reference to Jim Biden.

In another conversation, Gilliar pressed Bobulinski to come up with an “A lister” to meet with top CEFC executives the following Sunday, describing an “A lister” as someone “who would like to access China or money.” A day later, Gilliar had apparently found his top dog, telling Bobulinski that “Joe may come Sunday. I’m hoping.”

To the pair of investors, the involvement of Joe and Jim Biden was vital to the deal’s success, at least from Hunter’s point of view. “H brought in Jim simply to leverage getting more equity for himself and family in the final hour, that is evident,” Bobulinski texted.

“I know why [he] wants the deal and what makes it enormous, it’s the family name in reality,” he continued.

However, Gilliar apparently wasn’t keen to discuss Joe’s potential involvement over the phone. “Don’t mention Joe being involved, it’s only when u are face to face, I know u know that but they are paranoid,” he texted, after Bobulinski inquired on the latest news from the Biden family.

Though the family were apparently keen to keep the entire deal on the hush-hush, the lid would eventually be blown off by Hunter himself, who left a laptop containing emails about the deal in a Delaware computer repair shop. The shop owner handed the laptop over to the FBI in 2019, but not before copying the hard drive and passing it to President Donald Trump’s campaign, via lawyer Rudy Giuliani.

Released in the days before last month’s election, the emails stood to damage Joe Biden’s bid for the White House. However, the story was ignored by most of the mainstream media and censored on social media. The New York Post, which broke the story, had its Twitter account suspended, and Democrats rushed to condemn the email leak as “Russian disinformation.”

While Bobulinski came out and vouched for the emails’ authenticity, and said that Joe Biden was indeed “the big guy” mentioned in them, Gilliar told the Wall Street Journal in October that he was “unaware of any involvement at any time of the former Vice President.”

The messages published by Fox, which, based on screenshots, were apparently provided by Bobulinski, seem to contradict that statement.

Joe Biden’s tax returns show no revenue from any Chinese sources. Nevertheless, conservatives have painted the Hunter fiasco as proof that the incoming president is beholden to Chinese interests.

While some top Republicans have called for a special counsel to probe the Biden family, Trump has claimed reports his administration will do so are “fake news.” 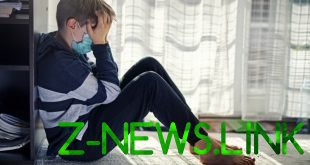 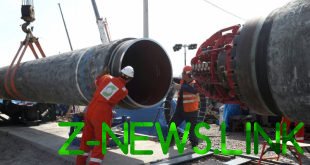 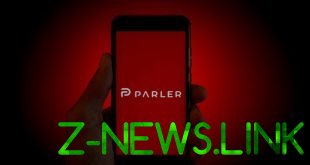