A British grandmother has won the Network performance with rapper 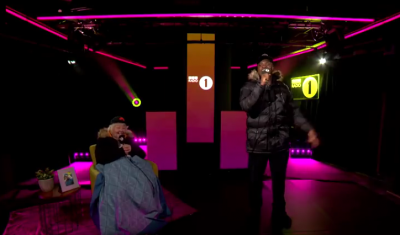 Popular British comedian Michael Dapaah, acting under the pseudonym BIG SHAQ, you played a cover version of his viral track Man’s hot no live BBC Radio 1 together with the old woman named Nanna Mo. The video was posted on the YouTube channel of the station.

In the video, Dapaa reads the verses of his song with Mo, smiling and shaking his head, trying to keep up with a black rapper and finishes for him rhymes. During the chorus, which starts with the line “brrrrr PA PA”, the woman was confused and only had time to chant “PUM-PUM”. “What a frisky grandma,” marveled one of the spectators.

We will remind, on one of the streets of Chernihiv, an elderly woman amused the audience active dance Ukrainian folk song and that’s “lit” network. The video shows that she’s wearing sneakers, dressed in a blue t-shirt and same color pants. The woman was so fascinated that during the dance movements nearly lost the scarf.