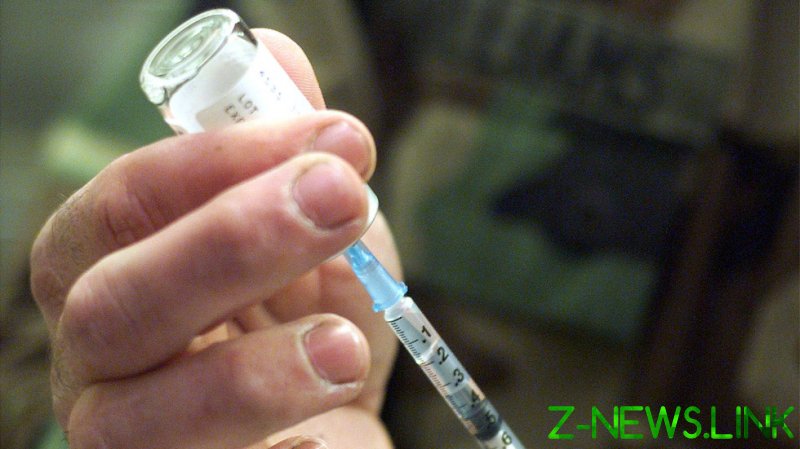 In updated vaccination stats for troops released by the Air Force on Wednesday, the branch said that 8,486 soldiers remain unvaccinated, including 2,753 who have not started the process, 4,933 currently seeking a religious exemption, while 800 flat-out declined to take the jab.

However, despite the holdouts, the vast majority of the 326,000 active duty personnel in the Air Force and Space Force – or nearly 96% – have been fully vaccinated and successfully met one of “the most aggressive timelines amongst the military services” in terms of immunization deadlines, the Air Force said.

“Our Airmen need to be prepared to operate anytime, anywhere in the world,” Air Force Chief of Staff General CQ Brown Jr. said in a statement. “Getting vaccinated ensures we are a ready force to meet our commitments to the nation while protecting the health of our team and families.”

While just over 1,800 troops have been granted an exemption so far, including 1,634 on medical grounds and another 232 who were allowed “administrative” exemptions, zero have been approved for “religious accommodation,” the Air Force figures show, raising questions about the fate of the nearly 5,000 who’ve already applied.

Some branches of the military have given extra scrutiny to religious exemptions, with documents obtained by Fox News in September showing that the Coast Guard had urged its chaplains to grill soldiers with a series of questions designed to root out any potential contradictions in their religious views in order to deny their request. Mike Berry of the First Liberty Institute – a religious freedom organization that originally passed the Coast Guard documents to Fox – slammed the guidance to chaplains as a “modern-day Inquisition,” and said it demonstrated “religious hostility” within the military.

Acting on an order from Defense Secretary Lloyd Austin in August, the Air Force set its vaccine mandate deadline ahead of any other service. While the Army will require active duty members to be vaccinated by December 15, and the Marines and Navy set a November 28 deadline, the Air Force mandated immunizations for November 2, as was first announced in September. Reservists and civilian personnel in each service have been given more time, however, with Army reserve troops granted the greatest leeway of any branch with a June 30, 2022 deadline.

Though large percentages of active duty and reserve troops in each branch have received the jab to date and vaccine numbers have climbed since Austin’s order in August, a report in the Washington Post last month suggested that “hundreds of thousands” of US service members remain totally unvaccinated or only partially immunized against Covid-19. The Marine Corps had the greatest hesitancy toward the vaccine, with only 72% fully inoculated as of mid-October, in contrast to the 90% or more in other branches.

In its statement on Wednesday, the Air Force said it would continue to review requests for medical and religious accommodations over the next 30 days, noting that screenings for the virus would still be required “at least weekly” for anybody entering a military facility who is not fully vaccinated, including those who have applied for exemptions or have already obtained one.