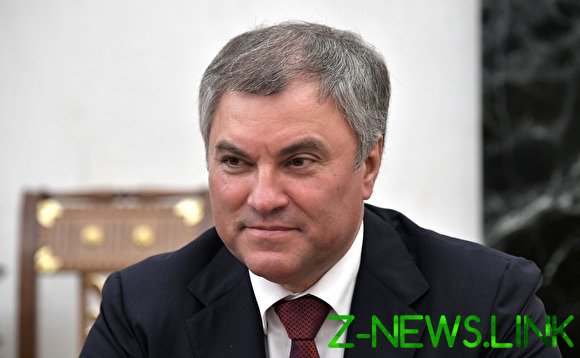 The former teacher and Junior school teacher Lydia Barabanova, which the media called the mother of the speaker of the state Duma Vyacheslav Volodin, has registered a new holding company. Attention is paid employee of the Fund of struggle against corruption Alexei Navalny George alburi. In his Twitter he posted an screenshot of the page from the database SPARK, but the tweet was deleted.

In the Two-seater is the card of the new company, the beneficiary of which is Executive. Provided that JSC “holding Dniprove” was incorporated on 3 August at the address: village of Gorodnya Novoduginskaya district of Smolensk region. The company’s authorized capital — 10 million rubles.

See also:  The Russians attacked the medics of the ambulance and fired on police 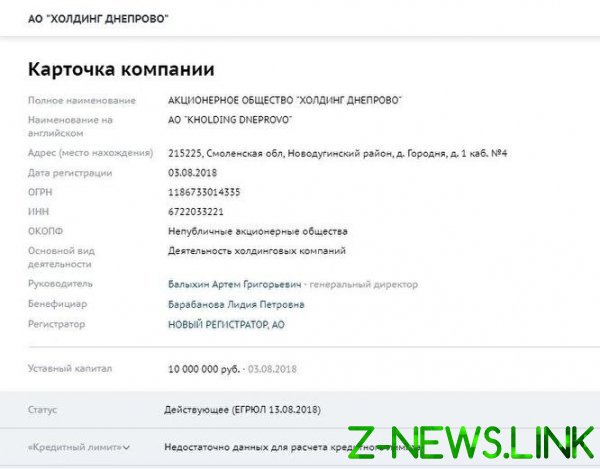 It is also stated that Barabanov is a co-owner of nine firms. About the business Barabanovo two years ago, wrote the magazine “Sobesednik”. It was noted that the name of the older women decorated the company for the production of flour and cereals, cultivation and perennial grains, there are two hunting. It was stated that in 2015, the year of construction “invest holding”, also issued on Barabanova received without a tender of the state contract for rental of facilities for public receptions of deputies of the state Duma in Saratov. However, the contracts were immediately terminated “by agreement of the parties.” But the company Barabanovo actually got a couple of months a small but interest-free loan.

See also:  Undermining the car of the OSCE on the occupied Luhansk: the reaction of Russia

We will note that Vyacheslav Volodin currently actively promoting pension reform, unpopular among the Russian population. So, on August 11 at the meeting with the residents of the Factory district of Saratov Volodin said that without raising the retirement age because of problems with filling the state coffers of state pensions may disappear.

Present at the meeting citizens spoke against raising the retirement age, saying he did not live to see it. “How will you survive? A Playground for who? They will not survive…” — said Volodin.