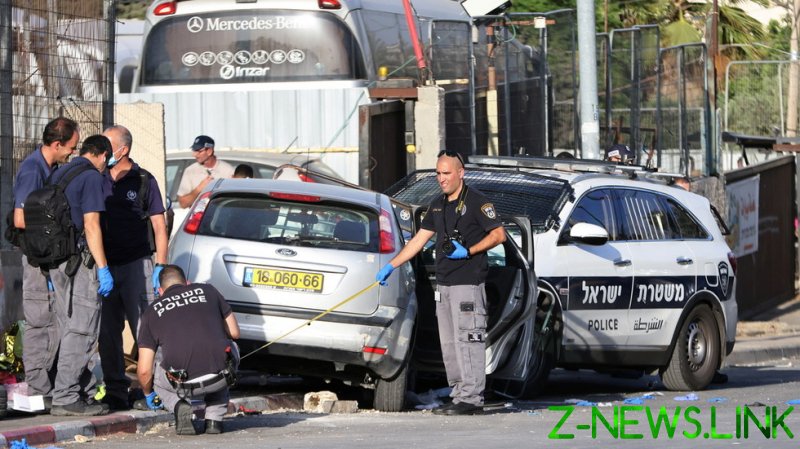 The gruesome videos uploaded on social media captured a car speeding up and crashing into a group of officers standing outside a parked police vehicle.

The attacker was shot dead by the police, while still inside his car. He was described as a Jerusalem resident of Palestinian origin.

The incident has left seven officers, representing the police and the border service, injured. Two of them were said to be in moderate condition.
A policewoman was also treated for a light gunshot wound to the leg, which according to media reports she got as a result of friendly fire.

Sheikh Jarrah is the very neighborhood where the evictions of several Palestinian families were to take place, provoking violent protests in East Jerusalem and the ongoing deadly exchange of fire between Israel and Gaza-based armed group, Hamas.

Since the flare-up started on Monday, numerous attacks by Jews and Palestinians against each other have been reported inside Israel and the occupied West Bank.

Similar attacks on the Israeli security forces were also attempted in the West Bank on Friday and Saturday, ending in the drivers being shot dead in both cases.