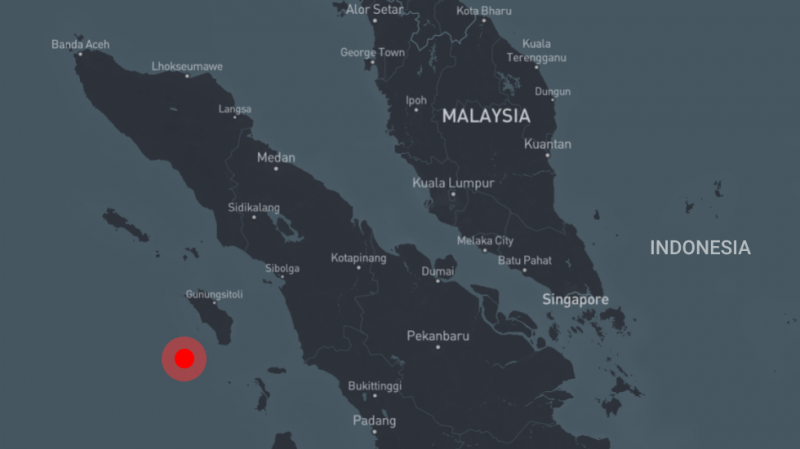 Indonesia’s Meteorology, Climatology, and Geophysical Agency reported the quake as measuring 6.2-magnitude, adding that no tsunami alert has been issued in its wake.

The large island of Sumatra is home to over 58 million people. There have been no reports of injuries following the earthquake, which struck shortly after midnight local time (5pm GMT).

At least three people were killed and several more injured when an earthquake struck the popular Indonesian island of Bali on October 16 and triggered a landslide. A major 6.2-magnitude quake struck the island nation back in January, destroying scores of buildings, including a hospital, and causing over 100 fatalities.

Located in a region dubbed the Pacific Ring of Fire – an arc-shaped area of frequent seismic activity – Indonesia is rocked by thousands of earthquakes annually.