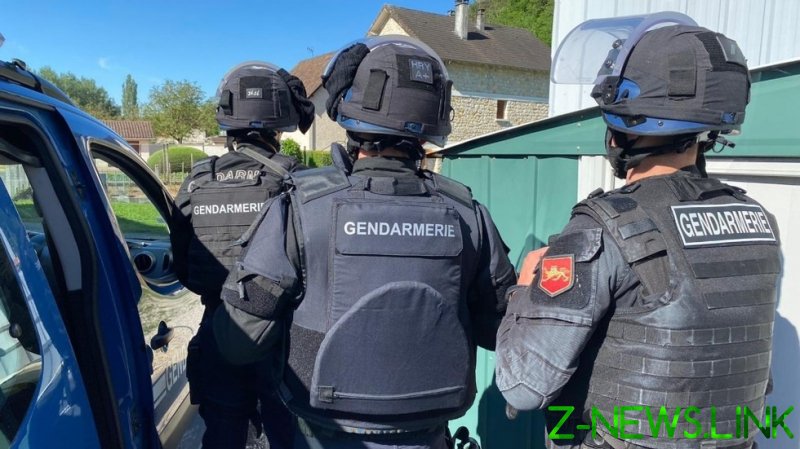 The chase began around midnight when police were called in to respond to a family dispute in the small town of Le Lardin-Saint-Lazare in the country’s Dordogne region. The suspect, a former soldier recently released from prison, arrived at the home of his former partner and attacked her new boyfriend, French media reported, citing police.

The woman managed to escape. The suspect came outside and fired shots at police, damaging two vehicles. The ex-soldier then fled into the woods nearby. There were no reports of casualties.

More than 300 officers, plus helicopters and a dog unit, were deployed to apprehend the suspect. A top official in Dordogne, Frederic Perissat, told BFM TV that police have secured the area and are hoping to “avoid bloodshed.”
Regional police chief Andre Petillot said the suspect is “someone who knows the area well and adapts easily.” Officers have been trying to establish contact with the man for hours, but so far attempts to negotiate have failed. Le Lardin-Saint-Lazare’s Mayor Francine Bourra told BFM TV that the man was “not inclined to dialogue and not ready to surrender.”

News channel France 24 cited a police source which said the man had served in the army between 2011 and 2016, and he is believed to be armed with a Winchester 30-30 hunting rifle.