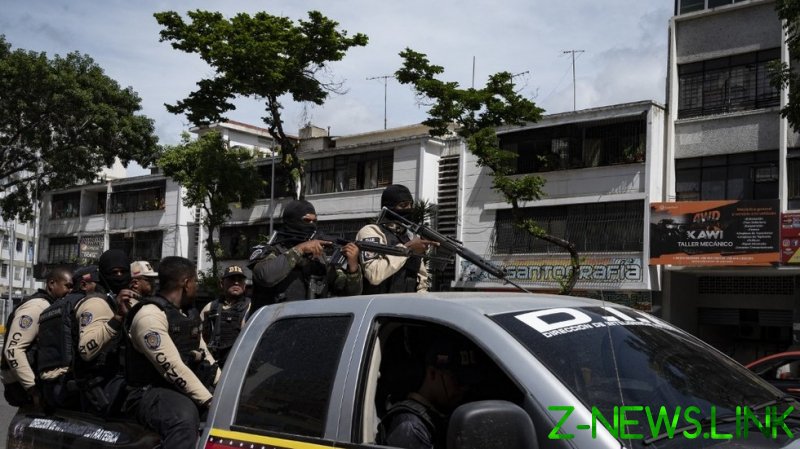 Police have closed roads in the northwest of the capital after shootouts between officers and armed criminals in at least five different areas over the last 24 hours.

Law enforcement has reportedly come under attack from the El Koki, Vampi and Garbis gangs, who have been trying to expand their territory from the Cota 905 barrio into nearby areas for several months.

On Wednesday, the violence claimed the lives of at least three civilians and wounded six people, activists said, although the authorities have not confirmed any casualties.

In local news footage on Thursday gunshots could be heard as officers from Venezuela’s Scientific, Criminal and Criminal Investigations Corps faced off against El Koki members.

Other footage purported to show police from Venezuela’s Special Action Forces mobilizing on the outskirts of Cota 905.

Local eyewitnesses also shared footage on social media in which gang members appeared to steal a truck and set it alight, and posted images of the bullet damage to their homes.

Gangs also fired shots at a police station in other footage from overnight.

“State security agencies continue to be deployed in the areas affected by these criminals,” Interior Minister Carmen Melendez said in a statement.

She said the violent outbursts began on Wednesday afternoon, and law enforcement “will not rest until rescuing absolute control”.