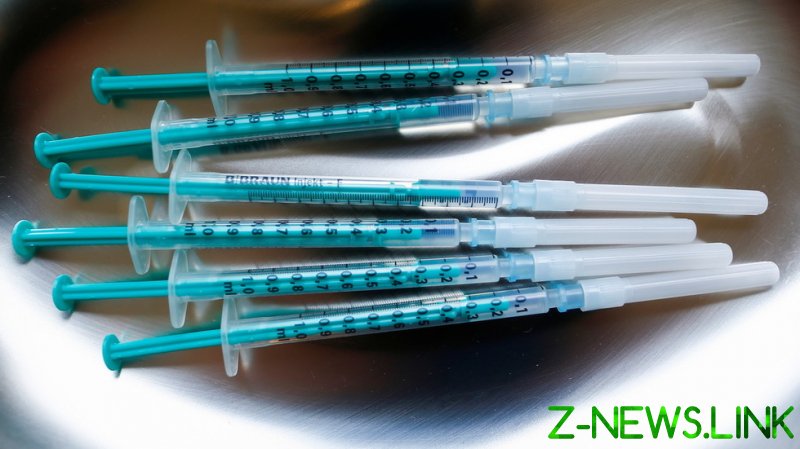 An employee of a vaccination center in Lower Saxony’s Friesland district had confessed to making the swap, local authorities said in a statement on Sunday.

The woman, in her forties, whose job was to fill syringes with the vaccine, said she had dropped an ampoule with the Pfizer-BioNTech jab during her shift on Wednesday and didn’t want to report her mistake.

In order to cover up her tracks, the nurse filled six syringes with normal saline and passed them on to another medic, who administered the shots.

The stunt would have remained unknown if the woman didn’t open up about it to one her colleagues, who swiftly notified the medical authorities.

Normal saline is a harmless solution of sodium chloride dissolved in water. It can be injected to treat dehydration or used externally to clean wounds and help with dry eyes, among other conditions.

While the actions of the nurse were not expected to harm the health of the patients directly, Covid-19 still remains a threat for them.

With the identities of the six unlucky patients being unknown, some 200 people who visited the vaccination center on April 21 would now have to take antibody tests to figure out which one of them still needed the jab. They would then be able to get their Pfizer-BioNTech shots only on May 12.

A ‘four eyes principle’ has been introduced in the center after the “deeply shocking” event, Sven Ambrosy, Friesland’s district administrator, said. It means that at least two people are now involved in handling the vaccines at all times.

The police have launched an investigation into the action of the nurse, with the local media reporting that she will likely get fired.