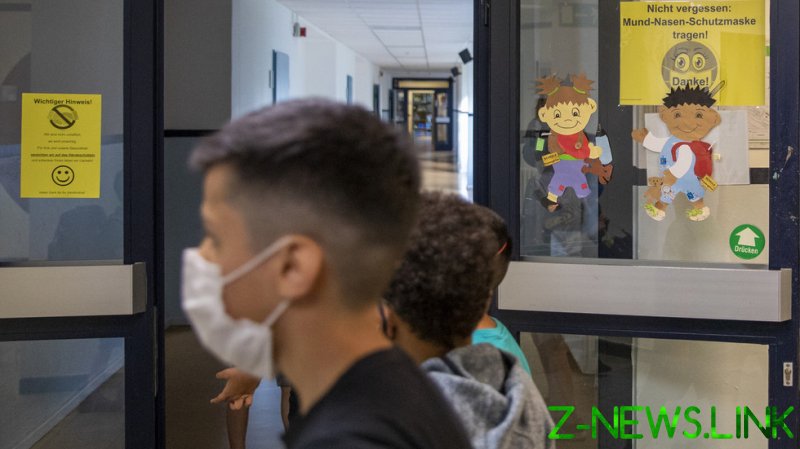 Karina Jehniche, the head of the school, told Der Tagesspiegel that fellow students were stunned when they heard the pupil tell his teacher “I’ll do the same with you as the boy did with the teacher in Paris.”

The pupil was also allegedly involved in an earlier shocking incident during a minute’s silence in memory of Paty. The 11-year-old reportedly told a fellow student that it was “OK” to kill someone “who had insulted the prophet.”

An imam who was present reportedly immediately spoke to the child, and the school sent him home after a conversation with his parents.

The news comes a week after officials in France said that children as young as eight were under investigation for defending Paty’s murder at memorial services. Across France, according to Interior Minister Gerald Darmanin, 66 inquiries were opened into alleged support of terrorism following the teacher’s murder.

French teacher Samuel Paty was murdered by a Chechen Islamist extremist in a suburb north of Paris on October 16, after he had shown cartoon depictions of the Prophet Mohammed during a lesson about free speech. The perpetrator was shot and killed by police shortly afterwards.

Paty’s death sparked a major clampdown by the French government on Islamist extremism, and President Emmanuel Macron came out in defense of the publication of the Mohammed cartoons.

Several Muslim countries, particularly Turkey, have been critical of France and other European nations for refusing to denounce the cartoons, which they believe are blasphemous.