Home / business / 10 years iPad – how to become the best, not being first

10 years iPad – how to become the best, not being first 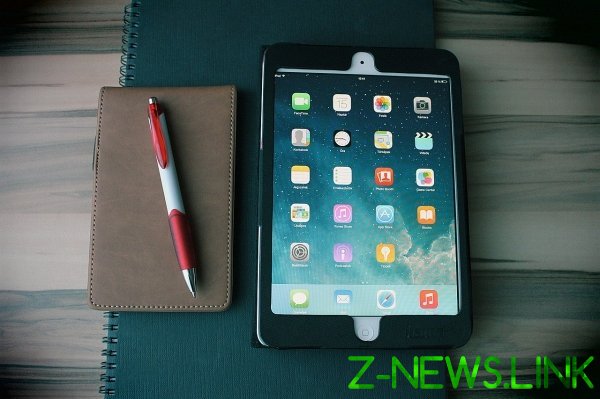 January 27, 2010 Steve jobs introduced the latest a fundamentally new device of Apple creating a new product category. 10 years later, the iPad remains the most popular tablet computer, and its dominance is absolute. As it turned out, considering that the iPad was not the first in your class?

10 years ago was one of the most memorable and the best presentation of the company Apple, which introduced the iPad tablet computer. By analogy with the iPhone, it immediately started copying all and Sundry – from the arrogant Chinese fakes, to the independent development of the Korean and American brands. Then it seemed that the fate of the market of tablet devices will be about the same as in smartphones, Apple will sell a small stake in the pieces, but to make good money, Samsung will sell a lot more cheap tablets, and the Chinese will sell even more and even cheaper than Samsung. But it didn’t happen.

Instead, we see the absolute dominance of iPad in the market. According to research Agency Strategy Analytics, in 2019, Apple has sold about 40 million tablets and took 26% of the market for new devices. What’s dominance? Despite the fact that many people use the tablet for 2, 3, and sometimes 5 years. After all, for watching videos tablet 2015 all as good as 5 years ago. For reading books too. Today more than half of cases the owner of the tablet computer is the iPad owner.

In honor of the first anniversary, let’s look at the reasons for the success of this device.

Training in motivation can often hear a phrase like “better to be first than best.” Bring proof of example “do you know who is the best astronaut? Who’s first?”. Based on this logic then say that the main thing to be first.

Of course, it is not. That is, it may be applicable in some situations but is not running the rule. And iPad one of the best evidence.

Apple fans like to say that the iPad was a revolutionary device that created a new market and launched an entire industry of tablet computers. This is actually certainly not true. As the iPhone three years earlier, the iPad in 2010 redefined the market “pocket personal computer”.

In the iPad presentation, which can be called one of the best presentations of Steve jobs, he talks about the tasks for which created device. Here are the tasks that are easier to do on the tablet than on the phone or on the computer:

Surprisingly, for these tasks for several years was used PDAs in all shapes and sizes and firms. Cheap black and white for music and books, are expensive and color for movies and photos. Mail processing, listening to music and even games – it was all on these devices.

Strictly speaking, the iPad was not the “first tablet computer”. He was not even the second or the tenth. But the iPad redefined the approach and proposed an entirely different method of interaction. Now that you have a large screen with excellent viewing angles, protected by glass, is a little dim the screen under the plastic.

Instead of the stylus appeared the control of the fingers and gestures that brought to a new level of mobile games, bringing them ease of operation to consoles, but retaining the portability of the device. And Yes – the most important thing that the tablet could work 10 hours under any load, including videos and games.

Add to that the beautiful interface, nice “extras”, such as simulate turning the pages of a book, the texture of the skin in the “diary” and stylish design, and you will realize that is completely new look older and sought after device.

Steve jobs was a born genius PR. With marketing he had to learn, and this “study” has cost him in lost place at Apple, and the loss of millions of dollars in unsuccessful projects. But with PR it’s never been a problem. Thanks to super successful and intelligent moves of Steve jobs Apple has made leaps in development. In the case of iPad played two points: well-conducted customer surveys and the correct positioning.

If a young Stephen thought that knows what the users want, the adult and experienced jobs 2010 knew that the necessary surveys to understand the needs of customers. And when clear needs, then you can come up with a unique offer. As said by L. Ron Hubbard – “the Polls are conducted in order to find out what people want, what they will accept and what you will believe.” It is important to understand that the survey does not say what exactly should be your product! A good survey will show what people want, and based on this you will be able to provide a product, selecting the best positioning.

If jobs came out and said: “Friends, we want to present you a new PDA from Apple! Now you will have a better screen, don’t need a stylus, he has a aluminum body and it costs $500! Ah Yes, the battery works for 10 hours” – it would be one of the most disastrous presentations and one of the failures of the company’s products. Because iPad externally, is quite unlike the PDA. It’s bigger, heavier and more expensive. It is cooler? Yes. But if the client took out a PDA, he needed the functionality, but not the slope.

Judging by how was built the presentation, jobs knew what taken handheld. Knew what displeased their owners and knew what the disgruntled iPhone owners. The tasks of the PDA described above, a disadvantage too. What was the disadvantage of the iPhone? Of course screen size and operating time. It was awkward to work with email and Internet as well as to watch videos or play some productive games. Besides, he quickly sat down.

So what’s the genius of the presentation? The fact that jobs first formulated why people buy a PDA and how it is used, perhaps for the first time showing all the tasks at once, and then had a great positioning “Is a device between the iPhone and MacBook”, that is between a smartphone and a laptop.

And people understood why they need this device! They just showed the perfect solution of their problems, which is much better PDA. While there are no disadvantages of PDAs (bad screens, short time work and awkward control), and Yes, it is stylish. Another benefit of proper positioning is the price. If the consumer has compared the price of medium-powerful PDA to $250 on the iPad at $500, the comparison would not be in favor of the latter. But comparing new and stylish tablet with a MacBook Pro (which was shown at the presentation), at a price of $2000-3000, people perceive it is quite low.

Why the iPad holds the lead so far? It’s simple. It is simple to use, it costs almost as much as its competitors, it is a very powerful advertising support and a bonus in the form of the Apple ecosystem. This is a device that works perfectly out of the box and it’s recognizable.

Yeah, 26% of the market for new tablets, it’s not 60% or 80%, but this is a unique case of excellent teamwork surveys, PR (here is the presentation and the media) and marketing.

Anniversary iPad all of us! It’s the last device from Steve jobs, which really changed the game.