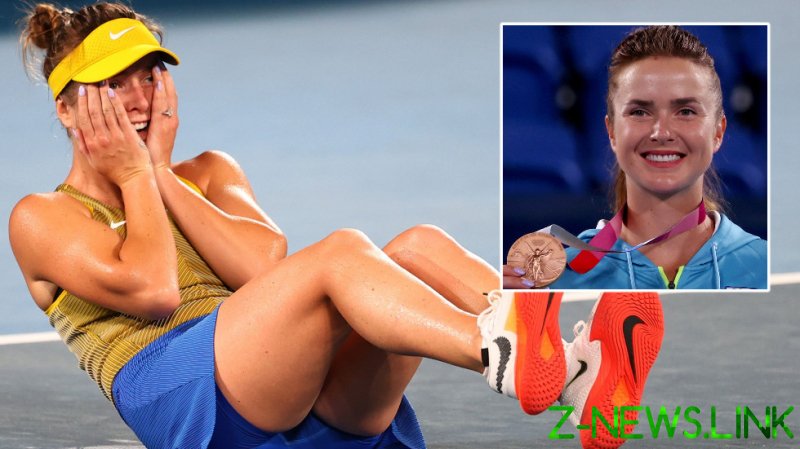 World number six Svitolina lost five games in a row to 22-year-old Kazakh Andreyevna Rybakina early in the women’s singles bronze medal match, battling back to narrowly avoid a straight sets defeat by taking the second on a 7-5 tie-break.

The 26-year-old, who recently married fellow tennis star Gael Monfils, was on the floor after winning the deciding set 6-4 to seal a medal that she said was hugely important to her.

“This is the country’s first Olympic medal in tennis since the beginning of independence,” observed Zelensky, publicly praising his country’s “wonderful” top tennis player. “Thanks for the victory. We are rooting for our people.”

“I bounced back from the break in the second set and in the third. There were very few chances but I just tried to fight to the end and not give up. I gave all my remaining strength.

“I think my character brought me back into the match. It was an incredible victory. I spent all my strength to come back.

“Now I’m standing and everything hurts. My legs no longer hold. But I am glad that I was able to win – this bronze is of great importance and means a lot to me.”

Frenchman Monfils was among those cheering Svitolina on via social media, where she told her following of more than 782,000 that it was “impossible to describe these emotions”.

“For the love of my country,” she added, as the official Women’s Tennis Association account replied to describe itself as “incredibly proud”. “I gave my all for this.”

In the final, Belinda Bencic achieved what the likes of Roger Federer and Martina Hingis could not by becoming a Swiss champion at the Olympics.