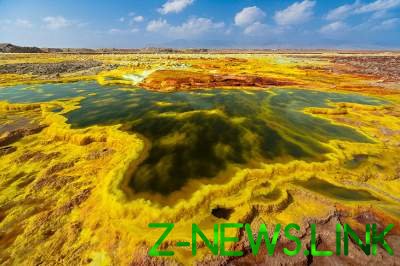 It is a unique place in Ethiopia.

To see alien landscapes, not necessarily to go to distant space. In the middle of the desert in Ethiopia is the lowest land volcano on the planet – Dallol, the top of which is located at an altitude of 48 meters below sea level.

This place also holds the record highest mean annual temperature on the planet about 34°C. 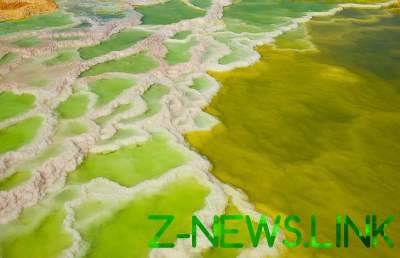 The Dallol volcano formed as a result of the incident on the big depth of invasion of the overlying magma in Miocene salt deposits and subsequent hydrothermal activity that. 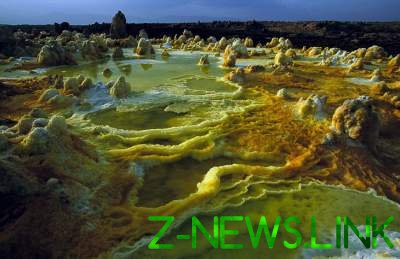 In 1926, the soil eruption (eruption without lava) formed the Dallol volcano, as well as many other craters that formed their emissions of the salt plains. 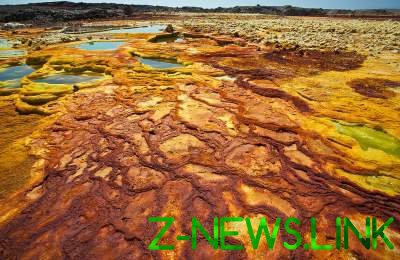 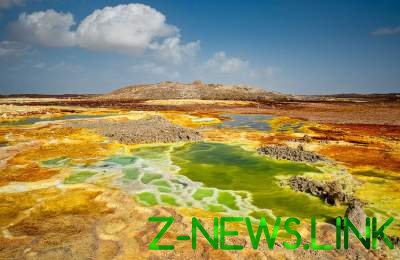 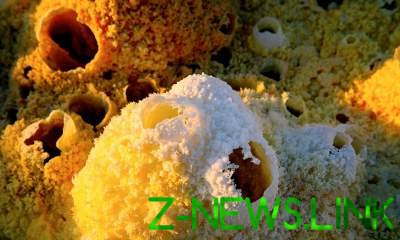 As a result of the activities of geysers appear salt cones and sulfur bubbles: 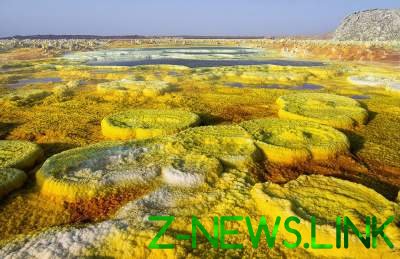 In addition to the salt plains there is a lake painted in iron oxide, hot springs and a huge number of bizarre, alien entities. 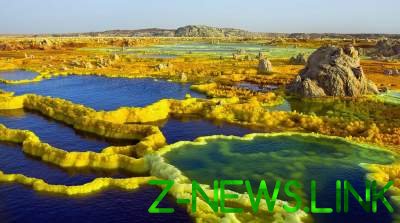 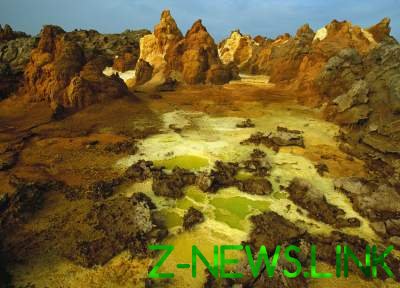 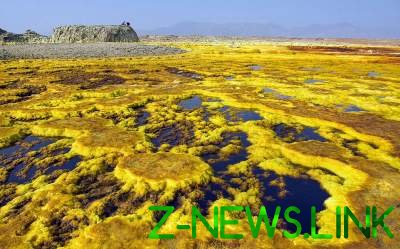 The Dallol volcano has two lava lakes, one of which is located in the crater of the volcano. 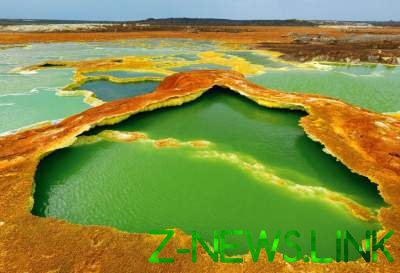 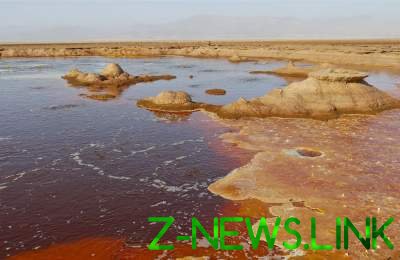 The Dallol volcano, known for its alien landscapes, much like a satellite of the planet Jupiter’s moon IO. On IO there are about 4,000 active volcanoes, and it is the most geologically active satellite in the Solar system. Some volcanoes emissions of sulphur rise to 500 kilometers above the surface!

Due to excessive volcanic activity, lava flows and sulfur compounds, the surface of IO is painted in various shades of yellow, white, red and green colors: 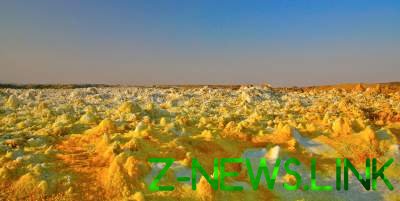 And we are on the Earth branch of the satellite IO is the Dallol volcano.

The area around the volcano is considered a desert due to severe natural conditions, but really close to the volcano people live. 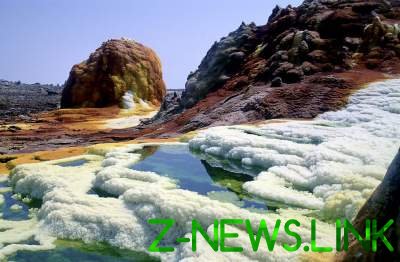 Near the crater of the volcano of the same name is the African village of Dallol. Alien settler on surface sulfuric: 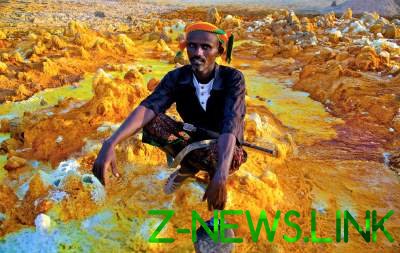 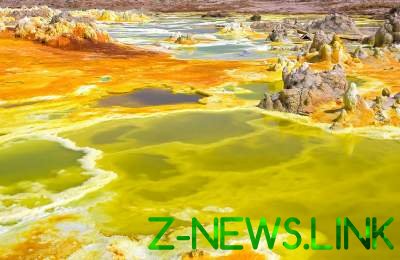 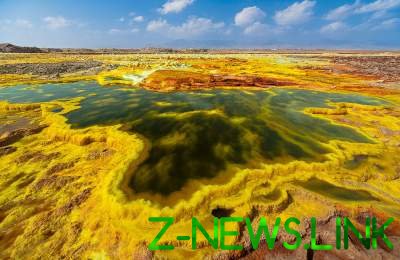