Zidane vying for the post of chief coach of “Manchester United” 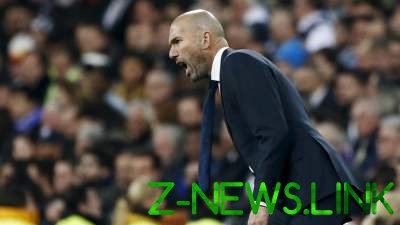 Zidane at the end of may unexpectedly announced his departure from real Madrid, with whom for three consecutive years dominated the Champions League.

According to “L’equipe”, the French is not going to take a long vacation and is already planning this season to return to coaching. Priority option for Zidane is considered “Manchester United”.

British bookmakers called Jose Mourinho a major contender for the first coaching dismissal of the season in the Premier League. The Portuguese disappointed with the action “Manchester United” in the transfer market, and his tense relationship with the club management can lead to imminent resignation.

Zidane led real Madrid in January 2016. Since then, the “Butter” three times in a row became the winner of the Champions League, which made the Frenchman’s record in world football. At Real Madrid, Zidane won eight trophies including two UEFA super Cup titles and two titles of world champion club.

The three incomplete seasons under the guidance of Zidane’s real Madrid in all competitions scored 104 victories in 149 matches.

“Manchester United” last season took second place in the Premier League and in the Champions League 1/8 finals lost to Sevilla.