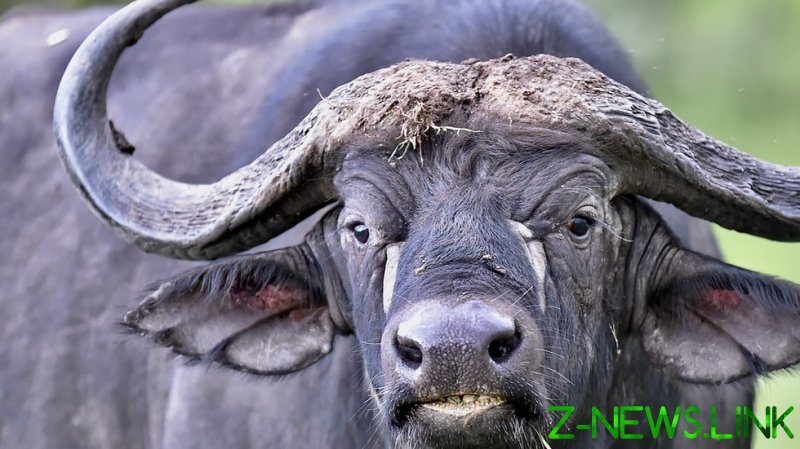 Shocking footage from a CCTV camera in China has emerged online, showing a buffalo charging into a restaurant and attacking one of the customers.

In a video that was apparently filmed on the last day of December and has since gone viral on social media, two men can be seen standing inside a restaurant. While one of them is opening a drink and another is busy with his smartphone, a huge and apparently ravaged buffalo emerges through the entrance with its horns down, and sends one of the customers flying out of view of the camera.

Around 20 seconds later, the buffalo returns through a different entrance, smashing furniture with its horns and hooves. It then leaves through the door where it initially entered.

A rope can be seen dangling from the animal, leaving commenters to wonder whether it escaped slaughter by a butcher.

READ MORE: 9yo girl tossed into the air by giant buffalo in Yellowstone Park (DISTURBING VIDEO)

The incident reportedly took place in the city of Taizhou in eastern China. The man who was attacked was hospitalized with leg injuries.