Home / WORLD / ‘This is gonna be a long three weeks’: Pin-up football presenter claims she was sent penis snaps within hours of UK’s new lockdown

‘This is gonna be a long three weeks’: Pin-up football presenter claims she was sent penis snaps within hours of UK’s new lockdown 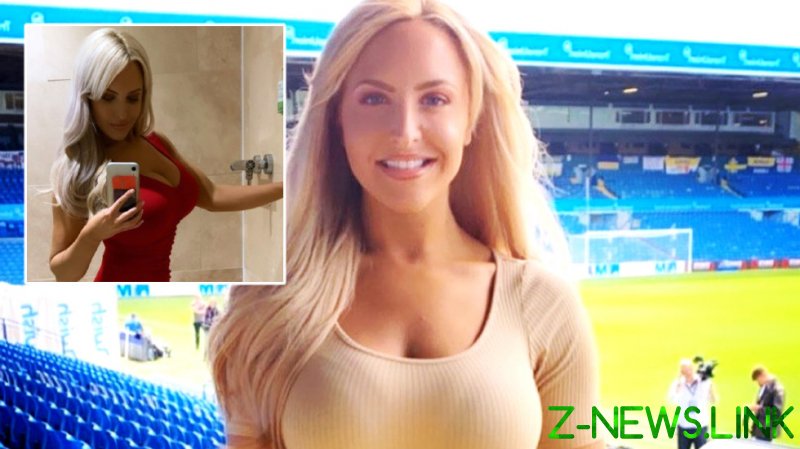 The presenter for the Premier League and Leeds – the club at the center of controversy over a row involving pundit and former England player Karen Carney – made the shocking revelation shortly before the UK officially entered the toughest possible restrictions, announced by the government earlier in the evening.

Fans responded with sympathy and jokes after Jones, who has around 250,000 followers on both Twitter and Instagram, spoke of her frustration at the creepy communication.

“Managed to get three hours into lockdown before being sent an unsolicited picture of a penis on social media,” the 30-year-old broadcaster and writer despaired. “This is gonna be a long six weeks.”

Some supporters called on Jones to identify the culprits. “Totally unacceptable,” insisted one Leeds fan. “You should name, shame and report them.”

Another Leeds fan and Twitch gamer said: “I’m going to start posting all the ones I get and tagging their handle. It ruins my day so it should ruin everyone else’s.”

Jones later offered to help lift the gloom among fans during a lockdown that is expected to last until mid-February.

“I was thinking of posting some at-home workout videos,” she told them, having earlier donned a moustache while sifting through stickers of Premier League players.

“I’d like to know what kind of things would help you to mentally get through this time.

“I can sing the pizza song, do some live quizzes or bake banana bread. Just joking – I don’t want to poison myself.”