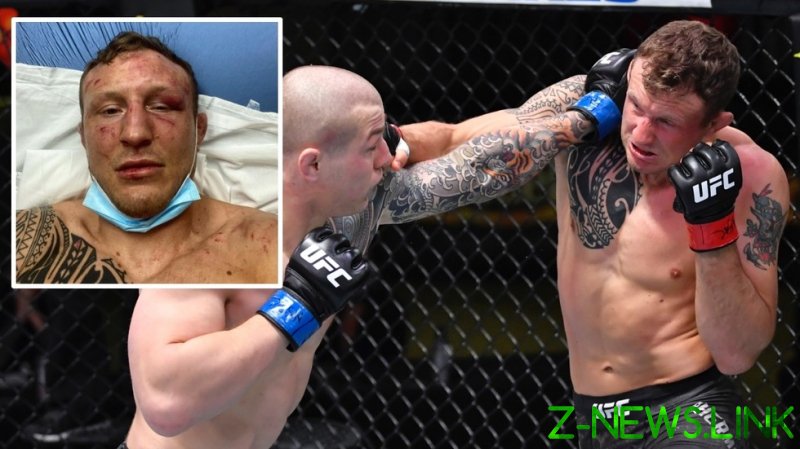 Hermansson, who headed into Saturday’s main event fight at the UFC Apex having won five of his previous six bouts, was due to face English contender Darren Till. Then, after Till was ruled out of the event, Hermansson accepted a replacement fight against in-form American Kevin Holland.

However, a failed COVID-19 test for Holland forced another change, with Italian contender Vettori stepping in on around a week’s notice for the fight.

It meant that Vettori, who was desperate to burst into middleweight title contention, found himself in a fight with nothing to lose. For Hermansson, however, things were very different.

And the nightmare unfolded for the Swedish fighter as Vettori came in and fought like a man possessed. The pair went back and forth for the full five-round duration in a thrilling encounter, but when the scorecards were collated, it was Vettori, not Hermansson, who came out on top.

It meant Hermansson lost out on some serious momentum as he effectively lost his contender spot to his rival. And to make matters worse, he ended up in a hospital bed with facial fractures as a result.

A crestfallen Hermansson shared a pic of his post-fight face on his Instagram page, together with a defiant message as he promised his fans he would return and continue his quest to capture UFC gold.

“Broken toe and broken eye socket but not a broken spirit,” he wrote.

“The goal remains the same. Thank you for your support. #thejokerdominates”

Russian MMA star Artem Lobov showed his admiration for Hermansson’s attitude by replying, “You’ll be back 100% Jack, heal up and cant wait to see you back in action!”

There was even a response from the man who he fought that night, as Vettori himself posted a simple, but genuine, “Respect Jack.”

Hermansson will now need to go through a period of rest and recuperation before being cleared to fight again. But the always-positive fighter, known to his fans worldwide as “The Joker” is sure to come back firing on all cylinders on his return to action in 2021.