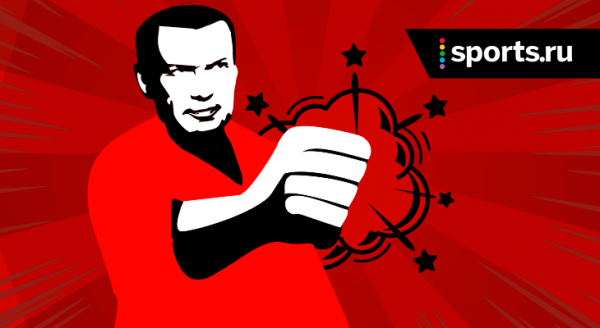 Battle Vasily Utkin and Vladimir Solovyov – the world’s only sport that does not stop the pandemic. Even Dana white had to endure UFC 249, and the two are constantly entertaining us with new replicas. Utkin gives the reference punchy, but Solovyev moved on to real threats, and even showed how to beat.

From school Solovyev was engaged in karate. States that he has a black belt, but the karatekas say that the technique of Vladimir leave a painful impression. And thanks to a new video of Soloviev can be disassembled and the punches that did Vyacheslav Vasilevsky – six-time world champion in combat Sambo for the former champion of M-1.

Solovyov says about the black belt, but does not specify neither Dan nor direction. And coached it very doubtful specialist

“I started in 14 years in summer camp. Was there we have a gym teacher who, under the terrible secret of showed tricks. I went to karate, not because I have someone trying to beat. Attracted first and foremost a spiritual component. By the way, the martial arts continue to do so far.

I can anticipate people’s reactions. Martial arts are taught to understand a man by his movements, learn to predict behavior,” Solovyov said in an interview with “Evening Moscow” in early 2020.

According to Vladimir, he has a black belt, but he never said no practice of karate, nor Dan (grade) and degree, no matter who he was assigned.

“In one of the shows we saw Solovyov in a kimono in the gym Mikhail Rat, head of the Federation kosiki-karate. Vladimir demonstrated a karate technique has left a painful impression. Probably, the popular television host Sam realized, in any case, nothing like more TV viewers in his performance not seen” – written on the website.

On the website Solovyov still have one clarification about the teacher, though not quite karate.

“Engaged in sports and martial arts system great their master, Colonel Mikhail Ryabko. This is a guy who fought in Afghanistan, fought two “Chechnya”, participated in many challenging operations,” said Vladimir.

Ryabko worked in the security service of the MIA of the USSR from 1983 to 1993. Clarifies that he coached the protection of the Minister, and invented the field, “System”, which allegedly includes the methods and actions of the 150 types of martial arts.

“Mikhail Ryabko, on the basis of deep body mechanics, years of practice in martial arts, regular searches in the historical heritage, restored one of the directions of single combats of Ancient Russia”, – said on the website Budoman.

Have Ryabko and Soloviev is working on a video that makes no sense to describe: it is better to watch. Especially the reception of Vladimir at 03:30. Methods of Michael and the effectiveness of its training still questionable, and the first recommended video next to this video: “Top 10 freaks combat systems” and “Charlatans in the martial arts.”

Solovyov said that at impact it is not necessary to use the shoulder. This is nonsense, because the shoulders – important with a powerful and correct impact

Now, actually, to new shot by Solovyev. The master of martial arts assures that a beat is wrong, with the shoulder. Although, according to him, you have to beat from the situation in which the hand. Professional fighter Wasilewski at least do not share equipment Vladimir.

“The man who wears the britches, taking the political programs that has no sports past, said such nonsense. Same thing if I superficially know figure skating and will say, where to begin triple toe loop. I’ve been to many ice shows, my wife is the master of sports on figure, but I do not understand it. I stand and with a straight face say that Sotnikova and Lipnitskaya jump wrong?

Soloviev reached nowhere. It looks stupid and ridiculous. Apparently, Vladimir was once talking to as cool as he is, and he said that the shoulder use is not necessary. It’s moronic. Involvement of the shoulder and its promotion is the main axiom of shock types.

That shot turned out to be strong fighters and hyping the shoulders, the so-called reverse. When I was at the meeting Fedor Emelianenko, he told us to look at how beat professional boxers, Olympic Champions, as they work the shoulders. Emelianenko is not the antenna and not Mayweather in Boxing, but if this person is talking about the shoulders, and then some moderator tells the tale is full of crap,” says Wasilewski.

Can Solovyev these attacks do any damage? The answer is obvious.

“He can kill a fly. It blows only from mosquitoes to dismiss, just due to the fact that he did not invest in them. But what he does is wrong – to hell with him. But why, he climbs into the steppe, where he understands nothing? To do this with the face of incredible coach.

What he shows, similar to what is happening at the beer or liquor store. As in the past the boxer, who have long lost human form, in a drunken stupor tells his companions how to fight. But, unfortunately, Solovyov not even drunk. It does this in a sober mind – it’s even worse,” said the former champion of M-1.

Think of the shock technique of Vladimir Solovyov not there is a dangerous desire to go and look.