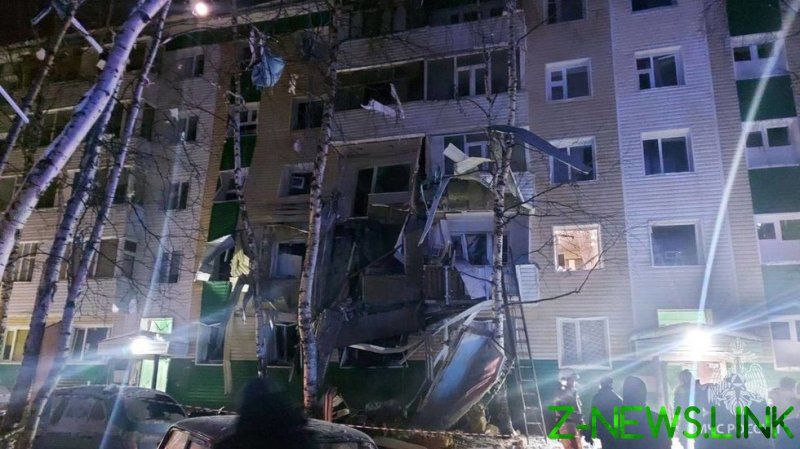 A gas explosion ripped through a five-story apartment block in the city of Nizhnevartovsk in western Siberia, Russia on Sunday, killing six people, the emergency services have said.

Emergency Minister Aleksandr Kurenkov told reporters that a leak from a gas tank was the cause of the blast. He added that one of the residents said she had complained to a neighbor about the smell of gas shortly before the incident.

The building did not have a central gas heating system and residents relied on gas tanks to cook food.

According to regional emergency officials, 15 people were injured, including four who were hospitalized, while 52 residents were evacuated. Low temperatures made it difficult to clear the rubble, they said. Aleksey Dobrovolsky, the region’s top health official, said that two people are in critical condition.

Regional Governor Natalya Komarova wrote on Telegram that those who lost their homes or were evacuated have been temporarily housed at a school.

Hours later on Monday morning, a smaller blast occurred inside a house in Yaroslavl in western Russia, prompting the evacuation of more than 40 people, according to officials.

Mishandling of equipment, especially when it’s old and faulty, is often the reason for these accidents. Last month, a gas explosion destroyed a part of a five-story residential block on Sakhalin Island in Russia’s Far East, killing 10 people.