Home / Society / Shaman Gabyshev after discharge from psychiatric hospital: “My words about the future of freedom was a fairy tale” 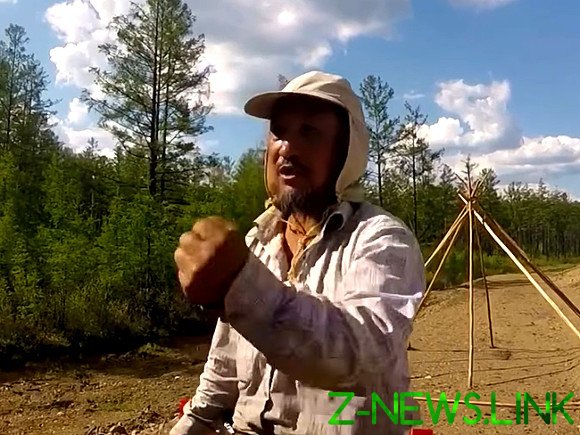 Alexander Gabyshev, previously called himself a shaman-warrior and planned a “March on Moscow” with the esoteric and political purposes, after compulsory treatment in a psychiatric clinic of Yakutsk abandoned all previous plans.

As he said in an interview published by “Novaya Gazeta”, being in mental hospital was not easy for him: “it was Very difficult… This is not a Guesthouse, not a resort. Terribly healthy to be around sick people.”

Answering the question, will there be a “March on Moscow”, he said, “With the detachment, as I have already explained, no, I will not be held. I decided to fulfill my dream — a trip around the world. Where to walk, where to ride, where something. This happens when I make everything as it should be, by law, with the permission of the authorities.” During the interview, he reiterated that he would leave in the world, but only “when the authorities give the green light.”

The interviewer noted that Gabyshev said “a very sad tone” about his attitude to the possibility of a ban on leaving: “Times are changing, and now is the time for change. I’m ready for anything”.

The journalist reminded Alexander that back in may, he spoke about freedom and about the fact that in two months we will be free. “You know, it was my imagination, it is possible to tell, tales. So do not pay attention to them”, — said the resident of Yakutsk. According to TM, he didn’t mean the protests in Khabarovsk: “Just can’t foresee the future”.

His former colleagues Alexander urged “to engage in the arrangement of his personal life” and move away from politics.

He said that in the next month or two will not communicate with anyone. Gabyshev wants “to straighten out the documents to get a job, make teeth, etc.”

“And, by the way, I never called myself a shaman. This is already gossip I so dubbed: Yakut times, then the shaman…” — added Alexander. Their campaigns, he now calls the “walks”.

He said that after treatment in the mental hospital “put up”, “you Know, I am a believer, a baptized Orthodox. When I was a living wife, we were Church-going people.”

Still your ideas he today calls “delusions”, “fantasies” and “fairy tales” that should not be taken seriously. Now, the former shaman listens “to the lighthouse” and he’s like the leader Sergey Stillavin.

At the same time in the interview, responding to a question about traditional Russian autocracy, Gabyshev said, “Times change, and today the situation has changed so that there can be no return to the past when rulers were dictators and totalitarianism existed. The world has changed”.