Home / policy / Salaries of employees of Roscosmos, the imagination of astronauts that kind of money never dreamed of

Salaries of employees of Roscosmos, the imagination of astronauts that kind of money never dreamed of 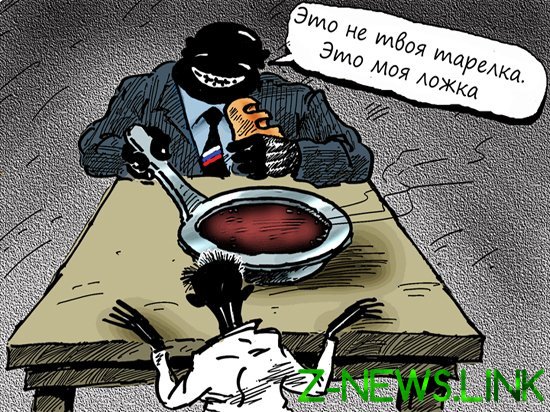 396 thousand rubles a month was the average salary of an employee of the “Roskosmos”, according to the annual report of the state Corporation. I deliberately made this proposal a mistake. Not in figures, no.

First thought when I hear that “Roskosmos” such wages as it is cool and amazing. Finally, the people working in the industry once formed the pride of the country, will be able to live with dignity. Worthy is working to return Russia the lead, and dignified to receive. So, as befits the conquerors of space.

Since the size of the salary in our country is still amazing, a subsidiary pelted with questions — what, really? His answer, “Roskosmos” has traditionally messed up.

It turned out that almost 400 thousand is only the employees of the Corporation. In the Central office, we can say in the Moscow office, in 2018 sat 605 people. That they have such a salary. Not in industrial enterprises.

It is clear, what is the error in the first sentence? Correctly, the word “employee”. Workers, working people, engineers, technologists, designers, scientists, turners, millers, fitters — get in industrial enterprises of Roskosmos (according to the “Roscosmos”) to an average of 59.7 thousand a month. (Actually — even less. Every enterprise on top of an already overgrown polyps managers. If their salary when calculating the average are not considered, then we are hard workers in General cat’s tears work.)

“Roskosmos” and even began to make excuses — 396 thousand accumulates due to a calculation formula. They say that this value includes not only the direct salary of employees, but annual bonus payment for the year, special allowances, prescribed by the law, financial aid to employees.

The question is simple — what receive allowances managers of the Moscow office? For special conditions of work in cold and heat in landfills Patriarch’s ponds? And the prize? For not sleeping at night and thanks to their Herculean efforts in managing the sector, Russia has regained the lead in space (and not lagging behind more and more)? Or is it still painted a beautiful presentation, colorful graphics, and saving paper at the same time? For proper distribution of our money with you (do not forget that the “Roscosmos” is a state Corporation?) in the right pockets?

Astronauts begin to receive an allowance of 55% of the salary for one space flight, two flight — 75%, for the three flights and more — 120%. Logical. Man risks life for country ruin their health. Homeland can to thank. The birthplace of established base salary for astronaut in 63.8 thousand rubles.

You smell that? The pink clerk in the office — 400 thousand, a serious man in orbit — well, let 200 thousand, the engineer — 60 thousand. It stinks and does not smell. Not wild capitalism, even.

In the capitalist United States, the annual salary of the Director of NASA is about 180 thousand dollars. Well, let it be 12 million rubles. Engineer in the aerospace industry of the United States may obtain (depending on the company) under 150 thousand dollars a year. Slightly less space the main Manager of America.

The head of the Roscosmos, Dmitry Rogozin, has earned the Corporation for the year 23.5 million to 2 million per month. Our engineer the ceiling, a million a year.

And even in the US there is a private shop Elon musk. His company, established a little over 10 years ago, in the year conducts more space launches than the country of Russia.

Russia falls from orbit. And do not about the fact that Americans on “the Unions” fly. Not much time left. The hole from the “Union” we get, not manned spaceflight.

Because managers sitting in Moscow office. And have to sit elsewhere.