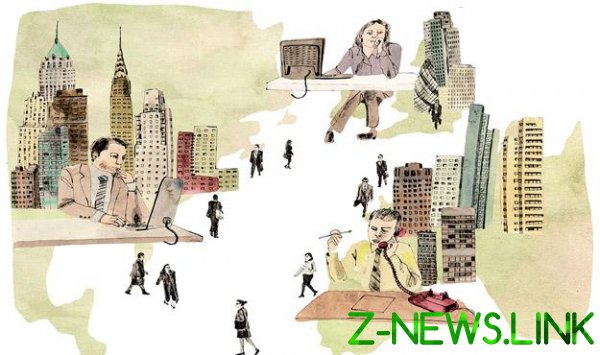 Lately I blame that suddenly too much to criticise the government and what is happening in the country, saying that a “Russian boy”. No, I’m still in the basic moments, but the reality in the country after a freezing Russian spring and nationalization of the elite really gives more grounds for criticism than for optimism. Only here Mishustin allowed to finally say a good word and to note that on the background of General trends its normality is captivating. And our army is, as always, pleases.

A true guardian-statist — not a loyalist and not a careerist, but he who sincerely serves the state and, therefore, notes that he is hurting. And if to 2014-2016 for all the shortcomings of the movement of the country and the government was going in the direction of nationalization, in recent years it is largely passive reverse or even amend the Constitution yet nothing has changed.

Not only I, but many other conservatives/statists are disappointed and increasingly critical of (in)action of the authorities, who lost the initiative to the delight of the Westerners and failed domestic policy and selection of personnel due to Kiriyenko, the same presentation, say, or Evstafiev, even the speakers of the national media. Not to mention Dugin, Prokhanov, who once stood up to the militia on Poklonnaya hill against the Swamp. This is a trend that indicates a real big problem in public administration.

And here are unable to say even one of the heads of state propaganda perhaps the most effective speaker, by the efforts which the population of the West has lost faith in the fidelity of his ways — Margarita Simonyan. I must say, not in awe of her world-view, consisting of a combination of domestic liberalism, state capitalism and unprincipled media tusovochka, but courage Simonyan does not take away. In order to state publicly that Russia is a failed information security: “we Have those who deal with information security, either not understand this or believe that everything is fine”.

I will give only one quote: “Our conventional mail and the Telegraph captured a long time ago. We don’t have the slightest idea about the security of their information space. We do not have the slightest ability to protect its information space. People who have engaged with these issues, or not understand this at all, or sincerely believe that everything is fine, and we do not need, as in China, and we have, I don’t know where. Because, as we have, nowhere. Here in America came TikTok – and once I got to the head. This mess, as we have, nowhere. What a mess… I’m just certified say of such chaos, of chaos and anarchy in the information field, as we have, there is nowhere else in the world. And we’ll Zap it so that Mama do not cry”.

While Simonyan understands information security rather narrowly — as the technical means and platform for intimacey. Here not so all is bad — there albeit not fully nationalized, but adjustable “Yandex”, the same Mail.ru and Vkontakte. Telegram quietly intercepted, which caused such a change in the rhetoric of images. Create educational projects, public Services, digital services. Although at the same time, millions of people do sit in FB, Twitter, and Instagram, and get information about life in Russia from servers outside Russia. And any efforts to limit immediately cause the same assurances Lavrov, Peskov, or that we are not China and to prohibit anything won’t. And you can understand the indignation Simonyan — what is China, if it is RT, press in the Western countries without any hesitation. And our oppression cannot be explained neither liberalism nor freedom of speech is either a mess, or sabotage.

But the technical neuverennosti — it’s not so bad, our IT capacity and the political will it can be solved in the shortest possible time, partly Mishustin already planning to do with the tax maneuver. However, information security should be understood much broader than just server information and cultural policy, and forming a positive national meanings, allowing to unlock the potential of people and consciously build for the benefit of the future of the country. And such work is the Kremlin really fails, it simply does not exist. Not only young people listen to Bulk and Dude, even adults and the elderly focus on their clichés and slogans.

Khabarovsk is not an exception in the realities of the country, and one manifestation of the General trend. One has only to listen to what and how the teachers say in the Moscow region, receiving about a hundred thousand rubles, “strangled by power” entrepreneurs with two or three jeeps and apartments, employees of industrial companies, even military personnel and residents of Crimea (he heard repeatedly). And to ignore it is not permissible to anyone, especially to the guard. I’m sad and annoyed that people don’t really see any positive changes, that in their heads already long ago won the “bulk” of “Solovyov”, and nothing the third is not given.

Simonyan, given her access to the President’s body, actually also carries a considerable part of the blame for the state propaganda, and she frankly admits that because claims about the problem openly, as she will then blame. In the Telegram she had long writes that, after losing the battle for the minds of his people, we will get a shock no less American. And the Margarita, I’m sure, will easily find a common language with the power of bulk, if it comes, will help her friend Venediktov. But it is not about her, but about our country, about its future — and her own it is unclear why the presidential administration does not see the problem and/or do nothing to address it.

The only hope is that — as in the same program mentioned First of all, before Russia will give the fruits of failure of domestic policy and will begin performances against the state, in the US, these performances will lead to a complete collapse of the hegemon, and then the Kremlin would finally begin to act without regard to the “international community” will collapse the illusion of the liberals, and not the American Embassy, the funding of the protest leaders.

From despair to such thoughts, I confess, I came a couple of years ago. But this hope, even if it is justified, in itself, unworthy of a strong and independent country great of a distinctive civilization, which is Russia.