The former drummer of Evanescence and current member of such metal bands like Soul Embraced, Living Sacrifice and We Are the Fallen, rocky gray loves cool Christian hardcore. And horror films. And here with his active participation is preparing to release a new horror anthology “10/31”.

The name obvious way alludes to the attachment of the film for Halloween, about the same reports, and poster.

In the “10/31” will feature stories written and directed by rocky and Justin M. Seaman (“Barn”), Brett Dijieron (“bone-Crunching”), Zane Hershberger (Devilution), John Holt (“the Terrible chapel”) and hunter Johnson (“a Lot of Jennifer”).

Of course, I would like to believe that we will have a powerful anthology of horror and the mixture of such things as “trick or treat” and the anthology V/H/S. But judging by the teaser, Directors working on the performance film. However, actually working on “10/31” is not yet completed, and the team is raising funds on Indiegogo to bring the case to the end.

Well, at least in the almanac should be a killer soundtrack, because the music is in charge of rocky gray. 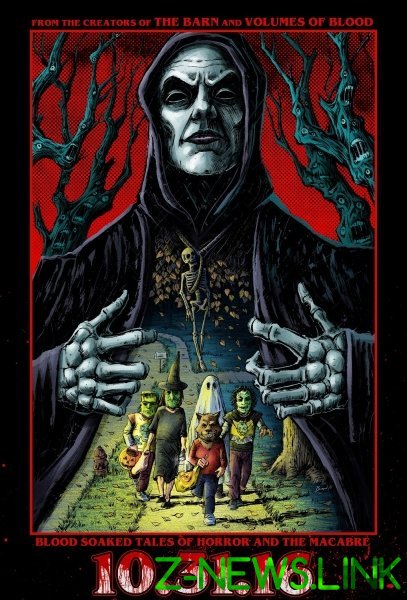