Actor Mike Mo, known for the TV series “Street fighter: Fist killer” and “Supermen”, will play the role of the legendary Bruce Lee in the upcoming crime film “Once in Hollywood”, the effect of which will unfold in the 60s.

Television actor Rick Dalton after one successful Western TV series tries to break into the movie business. With him the same deals with his old friend and understudy cliff Booth. The story unfolds against the background of events related to the crimes committed by the sect of Charles Manson.

In the film we see old Hollywood through the eyes of Quentin Tarantino. This image long ago became mythical, but such stars as Bruce Lee, of course, was an integral part. However, it appears that masters of martial arts we see before the world fame, in the period when he successfully starred in the TV series, and also gave lessons in his own martial arts school, however, unsuccessfully tried to conquer the big screen in the United States. As the main character played by Leonardo DiCaprio.

Topic: First look at Margot Robbie in the way of Sharon Tate 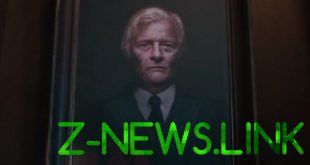