Home / WORLD / Policymakers use panic to shift blame for Covid-19 onto us, the people. This will leave society scarred forever

Policymakers use panic to shift blame for Covid-19 onto us, the people. This will leave society scarred forever 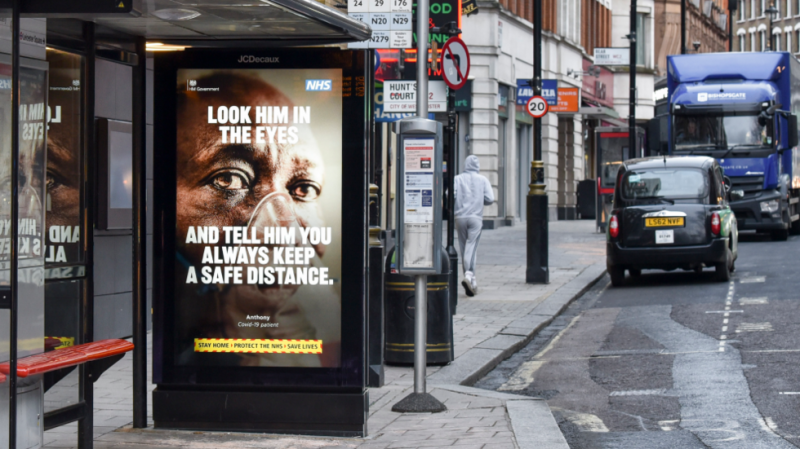 Through visceral campaigns, policymakers have deflected attention from themselves by emphasising the risks we pose to each other. Not only is this undemocratic, it has damaged society by turning people against each other.

This is by design. For decades, governments have turned to behavioural psychology to manipulate public emotion to achieve their objectives. But this has consequences. Those in power have worn down the population and created a heightened level of anxiety with negative effects that will be long-lasting. We must understand how this happened to ensure it does not happen again.

Government messaging first scaled up its fear tactics at the end of March 2020 when communications shifted from an expressionless Chris Whitty telling us, ‘To help save lives, stay at home’ to a more ‘hard-hitting’ (read: fear-inducing) approach. A video released in April opens with a shot of an ambulance and sirens wailing. Shaky shots of emergency rooms and the sound of panicked medical staff are interspersed with quiet, sombre music. Voice actor Mark Strong’s deep, grave voice warns us that the coronavirus is ‘life-threatening for people of all ages’ as a cropped-headed patient is wheeled by.

The anonymity of the patient shown invites viewers to place themselves on the gurney. ‘That could be me,’ we are invited to think. The video ends with images of people on doorsteps clapping for the NHS before cutting back to an air pump and another faceless patient with laboured breathing. The message is clear: Regardless of who you are, you are at risk. Stay home, clap for the NHS. Or this could be you.

This expansion of risk is a common tactic in public health messaging. While risks tend to be patterned, officials find it politically useful to play down patterns and ‘democratise risks’: Take a risk specific to some people and generalise it to everyone so everyone feels equally afraid. This avoids accusations of discrimination against any one group, and officials can never be accused of playing down risks. But it also encourages us to see the world as much riskier and scarier than it is. Is it any wonder that levels of health anxiety have steadily increased, particularly among young people who in many ways have least to fear?

But for policymakers, anxiety is useful. Ideally, citizens imagine any risk, no matter how small, as quite likely to happen and act accordingly. Indeed, a level of crippling anxiety that means you cannot leave the house is the goal. But as we have seen with overblown risks regarding, for example, child abduction, this level of fear cannot simply be switched off. The profound effects on society long outlive the initial panic – which is why children’s unsupervised play has dwindled.

Yet as audiences, we knew that in the balance of probabilities, the cropped-headed patient on the gurney would not be us. For all the attempts by government officials to claim that ‘the virus does not discriminate’, it was difficult to deny that, in terms of deaths, it clearly did. But behavioural scientists viewed people’s level-headed appraisals of risks as another problem to be overcome. In a report by the Scientific Pandemic Influenza Group on Behaviour (with the fittingly dystopian acronym ‘SPI-B’), the authors bemoaned the fact that people were comforted by low death rates in their own age groups. “A substantial number of people still do not feel sufficiently personally threatened,” they lamented. In response, they advised governments to ramp up fears. To accomplish this, a different approach was needed.

In a series of posters released weeks later, a yellow and red filtered NHS worker in full PPE looks at audiences with a slightly cocked head and serious eyes. Her surgical mask looks more like a gas mask than a protective covering. This grainy, dystopian aesthetic was beamed out on social media with the message:

YOU CAN SPREAD IT.

It is this emphasis on threats to others that became the dominant tactic of the campaign. You are at risk. But more importantly, you are A risk.

Perhaps nowhere is this clearer than in the ‘look into my eyes’ campaign, where extreme close ups of coronavirus patients in oxygen masks accompanied by messages like, ‘Look him in the eyes. And tell him you always keep a safe distance.’ If things have gone wrong, it is not because of government failures to, for example, protect care homes or stop the virus leaking out of hospitals. No, it must be you.

What is more, the government has seen fit to induce and remove this anxiety at will, cycling citizens through an exhausting roller coaster of tension and calm akin to an abusive relationship. As summer 2020 approached, the tone of ads shifted to an upbeat, whistling tune accompanied by images of people enjoying outdoor activities. Strong’s stern voice was replaced by a woman cheerfully reminding us to ‘enjoy summer safely’. As winter approached, the male voice returned, but a different one. Less stern and less raspy, it nonetheless signalled rising tension. In January, Strong’s voice reappeared as radio ads made the shocking claim, ‘Someone jogging, walking their dog, or working out in the park is highly likely to have Covid-19’. The most mundane (even permitted) actions kill.

This is a dark and irresponsible message. People, including children, are encouraged to believe that the deaths of loved ones are their fault. Some particularly vulnerable individuals who have caught Covid-19 and were unable to bear the thought of ‘killing’ their loved ones have even taken their own lives.

The damage to the fabric of society done by these campaigns is difficult to overstate. Fear and anxiety are seen by policymakers as so many useful tools to be leveraged at will. But they have consequences. The exhausted population’s attention is deflected from policymakers and onto each other. Assent is sought by pitting us against each other rather than allowing democratic debate about the best way forward. Most importantly, a level of anxiety is encouraged that cannot simply be switched off. The damage to society and our relationships with each other may be irreparable.