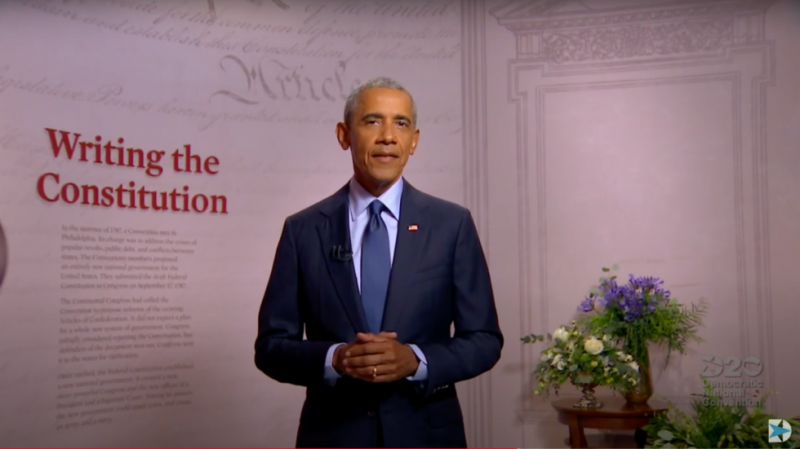 Addressing the third night of his party’s national convention on Wednesday, the ex-POTUS took an uncharacteristically harsh tone on President Donald Trump, saying he hadn’t “grown into the job because he can’t” while laying blame for the Covid-19 crisis squarely on his administration.

“I did hope, for the sake of our country, that Donald Trump might show some interest in taking the job seriously, that he might come to feel the weight of the office and discover some reverence for the democracy that had been placed in his care. But he never did,” Obama said.

Some observers noted that Obama’s speech departed from his typical “uplifting promises of hope and change,” however, instead focusing on “negativity” and “complaints.”