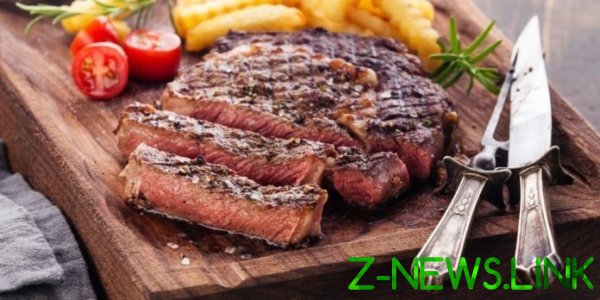 People who after 50 years of eating a lot of meat and cheese, are risking their health not less smokers and those and others increases significantly the risk of early death, said the scientists, writes the Chronicle.info with reference on healthinfo.

The University of southern California (USA) found a link between addiction to meat and cheese for men and women over the age of 50 years and a deterioration in health status associated with premature mortality.

“In people who after 50 too much animal protein, the probability of premature death is twice higher than those who are not abused. Meat lovers and cheese at this age are four times more likely to die from cancer is comparable to Smoking,” was the conclusion of researchers.

Scientists had studied the data on the diet of 6,400 people, which they correlated with data on the health of these people for almost twenty years. Experts found that if the diet of a fifth of daily calories were in the foods with high content of animal protein, it would significantly increase the risk to undermine the health and prematurely withdraw from life.

According to the authors, too much intake of protein found in meat, cheese and other foods of animal origin, affects cells, accelerating their degradation and thereby contributing to the growth of tumors.

“People aged 50 to 65 years should reduce the intake of animal protein. Instead of meat and cheese to get the protein you need from fish, beans and lentils”, was the opinion of scientists.