Named the best smartphones up to 8 thousand hryvnias 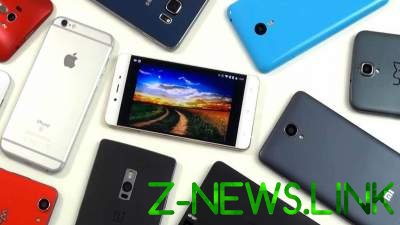 Smartphones in the price range from 5000 to 8000 UAH – the seller. Choose the best options for the money.

On the one hand, Ukraine is a country not rich. For the average Ukrainian UAH 8000 is an impressive amount. Often even without a loan not do.

On the other hand, the status quo in the smartphone market is that smartphone for 8000 embodies all of the technology that need people.

Many people who are able to pay a higher amount, simply do not see the point.

For 8000 you will get a big and nice screen. The camera that will suit you if you are a photography enthusiast. And iron, which without any brakes will cope with your daily tasks.

And if you have no ambition of geek who needs to walk only with the flagship and not otherwise, that’ll be enough.

So, this review is written for those who select a smartphone within 8000 UAH. Here are the five best models for the money.

An absolute best seller. Competitors Rue the day when this device appeared on the shelves. And cry, Huawei pursuit of market share desperately dumping, selling this smartphone at this price. But what do ordinary buyer to the politics of big business?

There’s no NFC, and the new-fangled USB connector Type-C, but many are willing to forgive these nuances for the money.

From the point of view of the filling Redmi Note Pro 6 is analogous to many competitors for the money. Snapdragon 636 and 4/64 – pretty standard combination that allows you to comfortably perform everyday tasks and even to play, of course, if you do not expect from PUBG maximum settings.

The advantages of this model are the nice design and excellent ergonomics, dual front-facing camera (as much as 20 MP), fast charging. And of course, the fact that it is a Xiaomi. Ukrainians are passionately fond of this Chinese brand, but sometimes can’t explain why.

But if without jokes, then Xiaomi have a very “refined” shell MIUI with a lot of “fishechek” and “thingies”. Those who are accustomed to it, have difficulty with the transition to a smartphone from another manufacturer.

Quietly Yes how ASUS company strengthens its position in the smartphone market. Max Pro (m2) is a very good device for its price.

Then the iron, which allows you to play, although, of course, and not the maximum speed (version 6/64 for the money is a rarity), and a great 6.3-inch screen, quite decent camera (or the camera, the front is also nothing). And battery capacity of 5000 mAh. And even NFC to a Bank card with them could not carry.

And unlike many of its competitors, ASUS pleased with the regular updates of its smartphones, right here is every month something “arrives”. A trifle, but nice. A sense of concern for users. With some “Chinese”, for example, feel well, just an orphan. The coin number given, about you and immediately forgotten.

I specifically include in this rating this model, but there are others worthy of Sony and not just Sony who could take her place.

Just chasing the giant screens, the producers completely forgotten about those miserable and unfortunate humans that according to the precepts of Steve jobs still want to use the smartphone with one hand.

In fact, the precepts of Steve forgot already in the Apple. But let’s not about sad.

At the moment, the Xperia Compact XZ1 seems dated, though, because there XZ2 Compact and even more new models. But still you can buy in Ukrainian stores. And for its price this is a great choice.

Screen size is 4.6-inches. Just a baby compared to the 6+inch monsters that seized the shelves of electronics stores. But even a fragile girl can easily cope with it one elegant pen. And texts to write the worst… Oh, I accidentally, broke just.

The overall design is very nice. Looks like a winner on the background of similar “iranophobic” Chinese.

The camera here is not the perfect. But if you are a fan of mobile photography you enough for such a camera.

Samsung finally did what was expected of it for a long time. Released feature-rich smartphone with a small price. And invaded the territory in which long ruled the ball Xiaomi, Meizu, and other second tier players.

Galaxy M20 unlike many other devices for the money boasts of having NFC and fast charging. Is it the main advantages, not including, of course, the Samsung brand, which in this case seem to be first, not charge extra. It is not surprising that in the first months of sales of the Galaxy M20 became a bestseller.