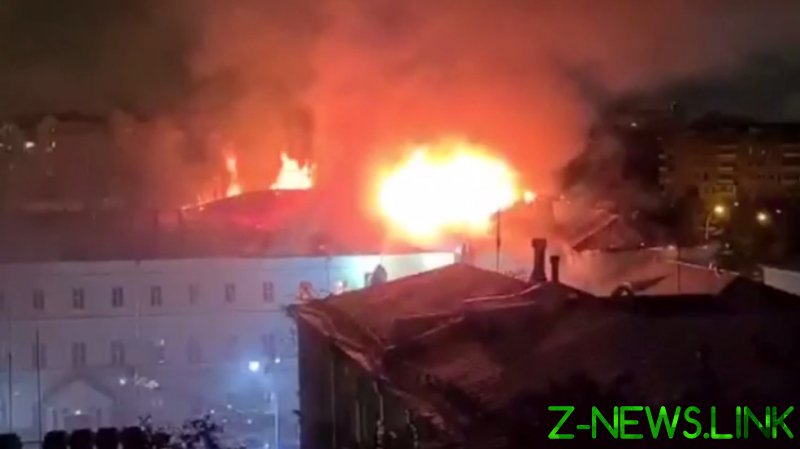 A massive fire broke out at the Military University of Russia’s Ministry of Defense overnight on Friday. Footage from the scene shared online showed flames consuming the building’s roof as a thick column of smoke billowed from the site.

By early Friday morning, the fire had spread around 1,000 square meters, reaching the third floor of the dormitory, TASS News Agency reported, citing emergency officials. The flames have devoured portions of the roof, causing its partial collapse, the source said.

The Ministry of Defense reported that the incident did not result in any injuries.

Some 120 firefighters and about 29 equipment units were scrambled to battle the blaze. The effort to extinguish the flames was impeded by smoke and timber structures that are quick to catch fire, however.

The university is located in the heart of Moscow, about 3.3 km (2 miles) from the Kremlin, and is deemed to be the leading educational and scientific center of the Russian Armed Forces.