Home / WORLD / ‘Like something from TV’: German construction workers foil heist after stumbling across partially completed tunnel leading to bank

‘Like something from TV’: German construction workers foil heist after stumbling across partially completed tunnel leading to bank 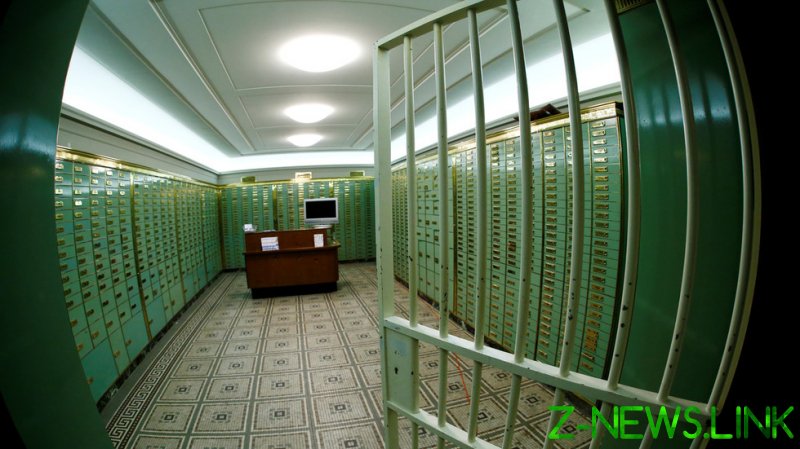 The unusual find was the result of some routine maintenance work. A Volksbank branch in the small town of Spenge, North Rhine-Westphalia had hired a crew of laborers to inspect an area of sagging pavement near its entrance. The construction team initially assumed that the issue was due to water damage. But after digging down about two meters, the workers discovered wooden planks, under which was a tunnel, local media reported.

Police were then alerted to the peculiar discovery. Initially, investigators were hesitant to crawl into the tunnel due to the risk of collapse. An inspection was eventually carried out, showing the tunnel to be about eight meters (26 feet) long and one meter (three feet) wide and supported by wooden planks. The scope of the highly illegal construction project suggests that the culprits had been digging for quite some time.

The underground passage began in a nearby transformer house used by the local power provider, and reportedly extended right up to, or close to, the bank’s foundation. The bank’s walls had not been breached.

A new lock had been placed on the structure housing the transformer, suggesting that the burglars had broken in and secured it for themselves, likely assuming that the power company rarely checked up on the site.

A bank employee interviewed by German media described the underground discovery as “madness,” adding, “you usually only see something like that on television.”

A spokesperson for Volksbank explained that the burglars would likely have had little success even if they had managed to complete the tunnel. The bank is well-secured against the threat of break-ins, and the branch in Spenge does not keep large cash reserves, he explained.

Currently, there doesn’t appear to be any suspects in the colorful heist attempt.