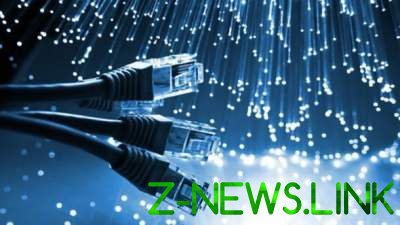 According to research by the British Cable provider, Ukraine took the second place in the list of countries with the cheapest access to the Internet. In the first place was Iran.

For access to the global network in Iran will have to pay only $ 5.37. In Ukraine such a pleasure will cost more, but only for a few cents 5.51 USD. Among the three neighbouring Russia, albeit with a large margin from the previous countries. There’s a month of Internet use costs an average of $ 9.93. Another post-Soviet country, which entered the top ten of Belarus. She took 7th place and the users there pay monthly about $ 13.

Prices for Internet access in Western Europe are significantly different. For example, in Germany, for access to the network will have to pay about 34 dollars. In the US people are forced to pay almost twice as much – 66,17 dollars a month. With such a “result” America takes 114 place in the rating.

And the most expensive access to the world wide web is the cost to the residents of Burkina-FAS, in Africa. In this country users monthly spend 961,22 dollar on the Internet. 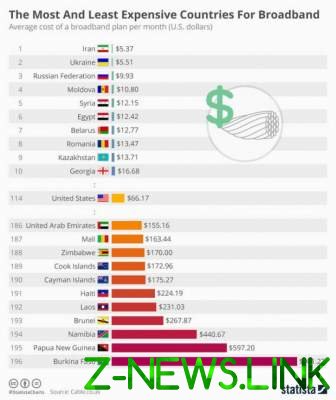