Home / WORLD / In Europe, a scandal erupted because of the “neutral” territories

In Europe, a scandal erupted because of the “neutral” territories 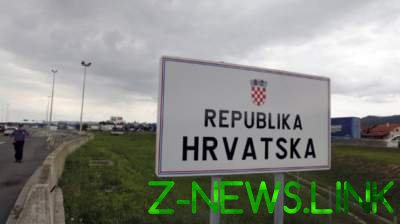 Croatia has territorial disputes of different scale and content with all neighbours, except Hungary.

Slovenia may file suit in the European Court of justice against Croatia and zablokirovat its accession to the Schengen area in case of default by the Zagreb decision on the territorial dispute in the Bay of Piran.

Pursuant to the decision of the Hague arbitration given six months, however, Croatia has not taken any steps for its implementation.

“It is unknown what steps, Slovenia intends to take to “unilateral embodiment of the arbitration verdict”… is Now on the agenda is a lawsuit against Croatia to the EU Court in Luxembourg and Slovenia blocking Croatia’s membership in the Schengen area. Fortunately, the force of Ljubljana in the published plans, no, ” said the article.

The Slovenian media published an unofficial government plans to force Zagreb to implement the decision of the arbitration.

According to the Slovenian newspaper Vecer, the country’s Prime Minister Miro cerar September 4, held a meeting with the Vice-President of the European Commission Frans Timmermans and said that Slovenia unhappy with the recent answers of the Croatian side, “which a lot of promise”.

“I also very clearly gave to understand that if in the near future there will be joint implementation, Slovenia will act in a way as I can,” said Cerar.

The Prime Minister did not comment on specific steps, but the media believe that we are talking about the lawsuit in the EU Court in Luxembourg and the blocking of Croatia’s entry into the Schengen area.

Croatia since 2011 he is a candidate country, but for accession to the Schengen agreement requiring unanimity of all member countries.

Croatia has territorial disputes of different scale and content with all neighbours, except Hungary, and does not want to set a precedent with the voluntary renunciation of its territory.

If Croatia will lose in the border dispute with Slovenia, this is likely to push for more aggressive action Serbia, which is trying to move the border on the Danube.

This will also add confidence to the Bosnians, trying to prevent the construction of a bridge across Croatia Newmski Bay, which is the only exit of Bosnia and Herzegovina to the sea.

It will also force Montenegro to think about Maritime and land borders in the Croatian Peninsula of Prevlaka in the Bay of Kotor.