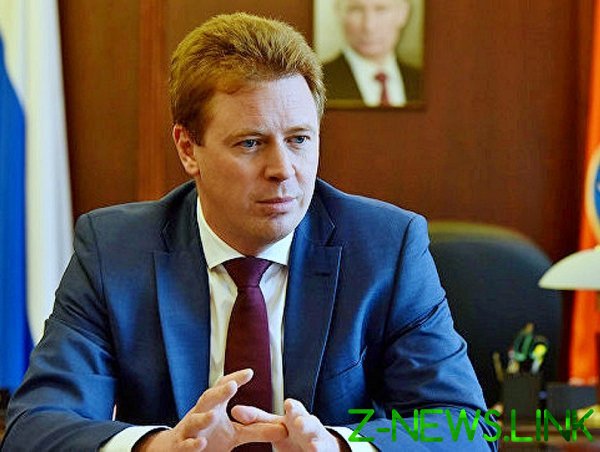 Today, April 8, the Presidium of the General Council “United Russia” has excluded from the party, Deputy Minister of industry and trade, former Governor of Sevastopol Dmitry Ovsyannikov, told “Kommersant” in the press service of the EP. Recently the media reported that Mr. Ovsyannikov was detained at the airport of Izhevsk once passed the control, refusing to show the documents, and when asked to show they started using foul language. It was made the administrative Protocol under article 20.1 of the administrative code (“disorderly conduct”, the penalty from 1 thousand rubles to 15 days of arrest).

“Behavior Ovsyannikov at the airport of Izhevsk, there can be no excuses. No one, and the more a person occupying such a position, has no right to behave in such a boorish manner,” explained the Secretary General Council of “United Russia” Andrey Turchak the decision to exclude the Deputy Minister.

Mister Ovsyannikov has explained his behavior by the fact that for the first time faced with the requirement to present a boarding pass at the entrance to the airport. The Ministry promised to conduct an internal investigation of the incident.

The ethics Commission of “United Russia” unanimously recommended that the Presidium of the General Council to exclude Mr Ovsyannikov for the actions incompatible with the ethical norms of the party.

Andrey Turchak also reported that he had sent an appeal to Prime Minister Mikhail Mishustin, head of the Ministry of industry and trade Denis Manturov with a request to consider the conformity of Dmitry Ovsyannikov position.