Music horror, Gaspar noé, enthusiastically adopted in Cannes in may this year, got a new video. And it was no less steep than the first trailer, dynamic, hypnotic, gradually spanning into the abyss of paranoia and claustrophobia.

It is alleged that the plot of the film “Ecstasy” (the Climax) is based on real events that occurred in Paris in 1996.:

Twenty city dancers came together to create a new dance and rehearsal building chose the boarding school in the middle of the forest. To celebrate their work, they are throwing a party with a big bowl of sangria. The atmosphere quickly becomes electrified, and a strange madness covers them all night. Probably someone slipped them drugs, but they don’t know who and why. Soon the audience covers a wave of neurosis and psychosis, rushing with increasing hypnotic rhythm of the music. And although some of them are in Paradise, the most immersed in hell.

The American distributor A24 said that Gaspar noé has shot a kind of “satanic “Step forward”” and promises us “great mad tour of the best dance floor of hell.” Sounds intriguing? Hell Yes! However, a new picture from the Creator of “Irreversible” and “enter the void” — that in itself is at least curious.

The main role in “Ecstasy” was played by Sofia Boutella, the benefit over the shoulders of the stars of “the Mummy” years of experience in gymnastics and dance. 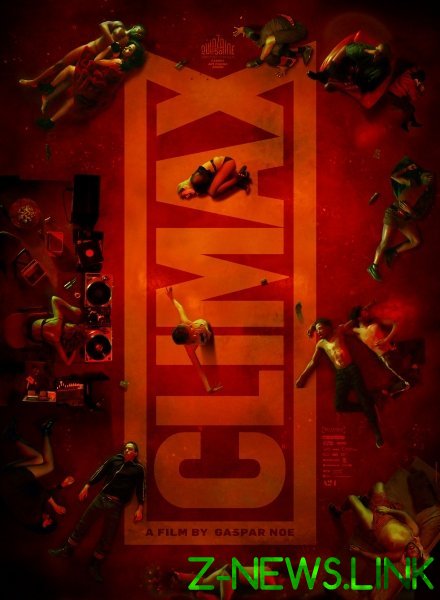